Investors love that new-stock smell, but buying into an IPO comes with unique risks and challenges. Many promising companies have a lot to prove when they make their market debuts, and when they stumble out of the gate, it's not pretty.

I took a look at some hot IPOs to put on your watch list earlier this week. Now let's look at some debutantes from the Class of 2020 that have flopped. Casper Sleep (NYSE:CSPR), Root (NASDAQ:ROOT), and BlueCity Holdings (NASDAQ:BLCT) are all trading lower than their IPO price tags, but they may not stay broken for long if positive catalysts play out in the year ahead. Let's see why Casper Sleep, Root, and BlueCity can get it right the second time around. 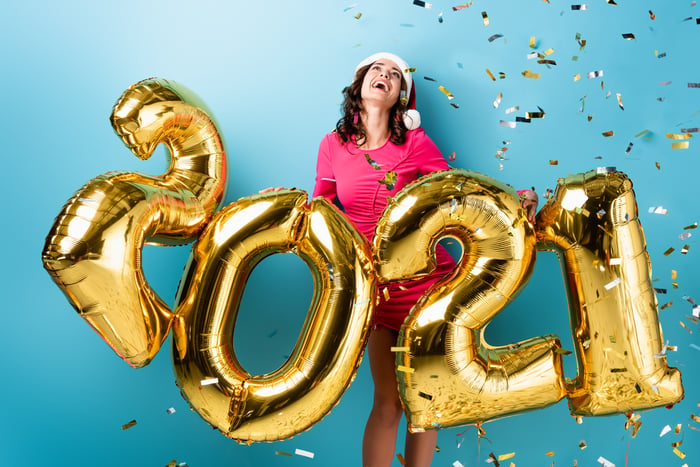 When you're a leader in consumer-direct mattress retailing, it's only poetic that you should have a sleepy IPO. Casper Sleep was initially hoping to price its IPO between $17 and $19, but underwriters were only able to take it public at $12. The stock has been cut in half since its February debut.

Revenue rose 43% in 2018, slipping to 23% growth last year. This year has been ugly. It exited its European operations in the second quarter. Consolidated revenue dipped 3% in the third quarter despite the company increasing its store count to 65 by the end of September.

The market doesn't like when you hit the ground stumbling. It also doesn't help that folks spending more time at home in the new normal are looking to upgrade their mattresses. At least one trendy rival posted double-digit top-line growth for its third quarter.

The bullish argument for a turnaround is that pessimism is already priced into the shares. Casper Sleep would have to double at this point to get back to its IPO price. The third quarter also appears to be a fluke. Its $132 to $142 million target for the current quarter represents single-digit consolidate growth and a double-digit increase for its North American business.

One of this year's hottest IPOs is a high-tech player attempting (unsuccessfully, thus far) to disrupt the insurance market. Root Insurance prides itself as the country's first licensed insurance carrier powered entirely by mobile. It uses data and technology to determine car insurance rates, not just traditional markers like credit scores.

Root hit the market at $27 last month, above its initial pricing range of $22 to $25. The stock has dropped to the mid-teens now. It reports next week, giving investors its first financial update since its IPO.

Root is hoping to make a dent in the $266 billion U.S. auto insurance market. The ceiling is high if it's able to distinguish itself with its detailed approach to delivering personalized quotes. It has proprietary risk scoring models from the data it collects to help identify the riskiest 10% to 15% of drivers that it won't insure.

Revenue soared nearly sevenfold last year, more than doubling through the first half of this year. Preliminary results for the third quarter call for a surprising year-over-year decline, but primarily tied to the deployment of its improved and additional underwriting and rating criteria. Root isn't just about getting behind the wheel. It expanded its product line last year to include renters insurance, but that segment has yet to move the needle. Root's chances for turning things around rest on the guidance it can provide next week.

Chinese growth stocks have been moving higher this year, but the same can't be said for BlueCity. The operator of China's largest social and online dating app platform for the country's LGBTQ community hit the market in July at $16, the midpoint of its range. The shares would go on to more than double on its first day of trading -- peaking at $35.89 -- but it's been all downhill after that. The stock was trading in the low teens as of Tuesday's close.

Growth is slowing at BlueCity. Revenue that soared 51% to hit $101.2 million last year has decelerated to 43% in the first quarter and 32% in the second quarter. It will deliver its third-quarter results next week.

BlueCity's Blued app is reaching 6.4 million monthly active users, a modest 11% year-over-year increase, but its audience is dedicated to the platform and willing to pay. Active users spend an average of 60 minutes a day on the app, and they're on Blue an average of 16 days a month. Total paying users have increased 59% over the past year to 458,000.

There are naturally a lot more than 6.4 million people in its target audience -- with nearly half of its traffic now coming outside of China -- and this week it announced an all-cash deal to acquire smaller rival Finka. China's embrace of the LGBTQ community may not happen overnight, but when it does -- and it will -- BluedCity will be there as the leader with a larger audience.

There are big risks when it comes to investing in IPOs, and it's naturally riskier when they're disappointments. Most broken IPOs never bounce back, but I feel that Casper, Root, and BlueCity have what it takes to woo investors the second time around.