The young mattress company chose to price its stock conservatively, giving it room to rise.

Attempting to steer clear of criticisms and steep sell-offs suffered by newly issued stocks of other companies, mattress brand Casper (CSPR) may have been needlessly conservative in pricing Thursday's initial public offering. Previously expected to sell to its first public shareholders at a price somewhere between $17 and $19 apiece, Casper reprised its IPO to only $12 per share late Wednesday only to watch them rally to a price near $14 near the end of Thursday's session. At one point on Thursday they were as high as $15.85, well up from its opening exchange-traded price of $14.50. 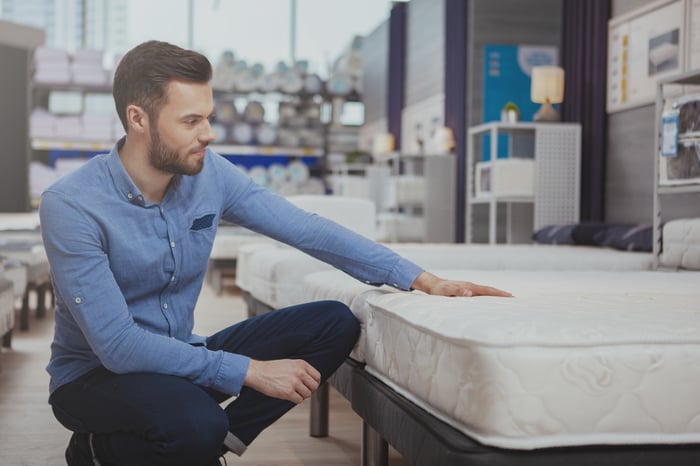 Casper's public trading debut comes at a time when investors are wary of tantalizing growth stories. The lauded office space leasing outfit WeWork, for instance, was effectively forced to cancel plans for its IPO late last year after investors scoured its first disclosure documents and didn't see numbers that justified the hype. But, investors were skeptical well before that public offering came into view, burned by names like meal kit name Blue Apron and ride-hailing service Lyft. Both presented compelling bullish cases to prospective investors, but both stocks have lost ground since their respective IPOs. Blue Apron shares are down more than half of their June-2017 IPO price, while Lyft shares have fallen more than 30% after the company's public-trading launch in April of last year.

To that end, Thursday's rally from the conservative IPO price doesn't inherently mean it will continue to gain value. While last year's top line grew 23% year over year to $439 million, it also lost $94 million in 2019, slightly expanding 2018's loss.