On Mar. 29, Lyft (NASDAQ:LYFT) began trading on the NASDAQ and became the first ride-hailing company to go public in a much-anticipated market debut. For some investors, it was a warm-up for the Uber (NYSE:UBER) IPO, which would take place in May. There was a lot of hype surrounding both IPOs, as this was the first time that investors could buy shares of the popular ridesharing businesses.

Sharp decline out of the gate

Lyft priced its offering at $72 per share, good for a valuation of $20.6 billion, and that was already up from the original pricing range of $62 to $68 per share. Demand for the stock remained strong, and Lyft ended up opening the day at a price of $87.33. That's the price at which most investors would have been able to buy the stock when it first began trading. 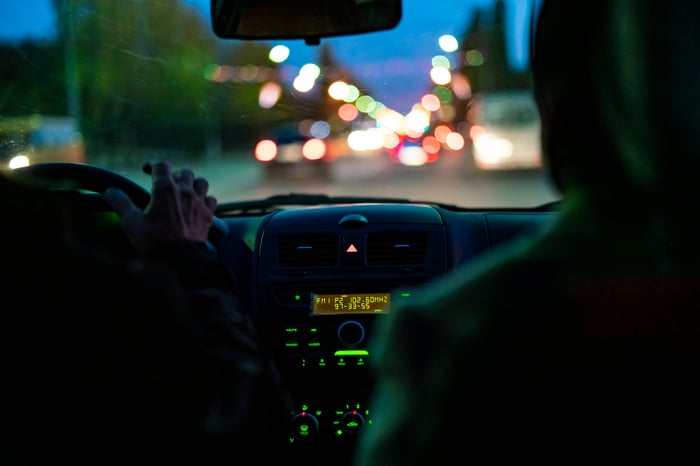 But day one didn't end particularly well. The stock would decline during the day to close at $78.29, offering a tepid 9% gain for such a highly-anticipated IPO. Unfortunately, things only got worse for the company and its shareholders. The stock shed 12% on its second day of trading, falling below the initial offering price, and by the time Uber made its own debut, Lyft would be struggling to stay above $50.

The stock is trading a little below that mark as of this writing, and those who invested $5,000 in Lyft at the first-day opening price of $87.33 would own 57 shares, which today would be worth a little more than $2,700. That's a loss of 45%. Even if you were lucky enough to buy in at the $72 offering price, your stake would still be down over 33% as of this writing.

Part of the problem for Lyft was that it debuted just before some other major IPOs. Uber was a little more than a month away, while Pinterest and Zoom would both begin trading in April. Given Lyft's disappointing start, investors likely shifted their focus to chase the newer offerings, especially with rival Uber being the much bigger fish in the ride-hailing market. And while timing was one problem for Lyft, an even bigger one was the company's poor financials.

Just days before the Uber IPO, Lyft released its first quarterly report as a public company, and it wasn't pretty. Although the company beat analyst expectations on the top line with revenue of $776 million, its net loss of over $1.1 billion called into question just how profitable the ridesharing business is. It led to such significant apprehension in the markets that even Uber felt the effects of the sudden bearishness, and its IPO struggled as well.

Things have not gotten a whole lot better for Lyft. The company has gone on to post net losses of $644 million and $464 million in the second and third quarters, respectively.

In September, California passed Assembly Bill 5, which could force Lyft and other ride-hailing companies to classify their drivers as employees rather than independent contractors. That means the companies would incur many employee-related costs and have to deal with minimum wage laws as well as benefits, training, and labor laws. In short, it's a headwind that the companies are still fighting. Lyft and Uber are hoping that a ballot initiative for November of next year, the Protect App-Based Drivers & Services Act, will provide ridesharing companies an exemption from the new law.

The danger is not only limited to California, however, as other states could follow suit, and the problem could become a nationwide one for Lyft.

So is the stock a buy at these depressed trading levels? Despite its decline since the IPO, Lyft still presents too big a risk. The company is nowhere near breakeven, and if it has to classify its drivers as employees, that's only going to make it more difficult for Lyft to turn a profit. This has been a stormy year for the company, and things might not get any easier in 2020. For now, this is a stock investors should stay far away from.