Online sales for Cyber Monday landed in record territory in 2020, up more than 15% year over year, according to data gathered by Adobe (NASDAQ:ADBE) Analytics. Sales climbed to a record-setting $10.8 billion, marking the biggest online shopping day ever in the U.S.

Adobe's data tracks e-commerce transactions from 80 of the top 100 online retailers in the U.S. to arrive at its conclusions. 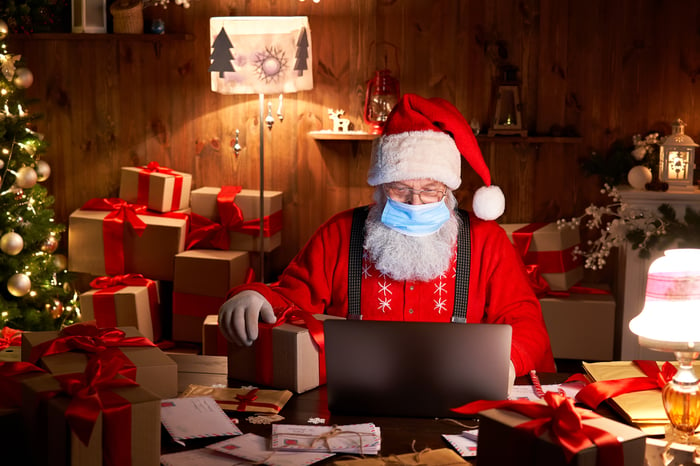 Buy online, pick up in store also took on increased importance this year as consumers sought to avoid crowds amid the pandemic. Curbside pickup on Cyber Monday jumped 30% versus last year.

"Throughout the remainder of the holiday season, we expect to see record sales continue and curbside pickup to gain even more momentum as shoppers avoid crowds and potential shipping delays," said Taylor Schreiner, a director at Adobe Digital Insights.

Not all the news was good. Digital sales fell short of Adobe's initial forecast of $12.7 billion. The prediction had been revised lower in recent days, as it became clear that holiday shopping began much earlier in 2020 than in previous years. As a result, Adobe trimmed its digital sales forecast for this year's holiday season to $184 billion, up roughly 30% compared with last year. That's down from its original forecast of $189 billion.

Many online retailers began offering holiday bargains starting as early as October in response to the Amazon's (NASDAQ:AMZN) belated Prime Day sale and the pandemic. These factors likely helped downplay the overall importance of Black Friday and Cyber Monday in the holiday shopping season.

Adobe's data echoes the results released by some of the predominant players in the e-commerce arena. Amazon said that sales by independent businesses on its platform soared 60% year over year to a record $4.8 billion. For the same period, Shopify (NYSE:SHOP) said merchants generated sales of $5.1 billion, up 76% during the holiday weekend.