Corning Incorporated (NYSE:GLW) is a company with a lot going for it. The material science company has end market exposure to a raft of growth industries, including smartphone and consumer electronics displays, fiber optic networks, life science vessels, and automotive glass. Although there's some cyclicality in Corning's sales, there's little doubt they will grow over the long term. But does it all add up to make the stock a buy? Let's take a closer look.

As you can see below, Corning managed to eke out a 2% year-over-year sales increase in the third quarter -- not a bad result in a pandemic-ravaged period. It stands as testimony to the underlying strength of many of the company's end markets. 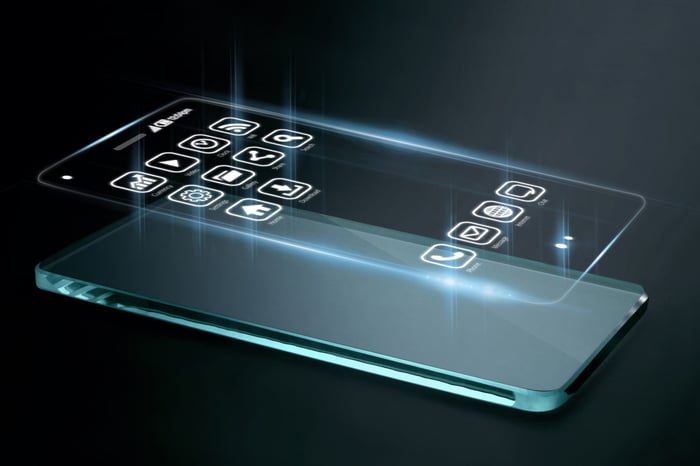 Simply put, there's no issue with Corning's status as a growth stock. However, there are two other key financial metrics that might make investors think twice before buying it.

The two metrics that long-term investors need to keep an eye on are its profit margin and capital expenditure. First, Corning operates in fiercely competitive end markets that require significant amounts of capital spending in order to stay competitive. Some of its larger competitors include Asahi Glass and Nippon Electric Glass in display technologies and specialty materials, and CommScope in optical communications. As such, its profit margin is always under threat from competitive forces.

Second, there's nothing wrong with making capital expenditures -- in fact, investors should welcome the growth that comes from them. Moreover, investors put money in corporations largely out of a belief that their management teams are able to generate higher returns from deploying capital. 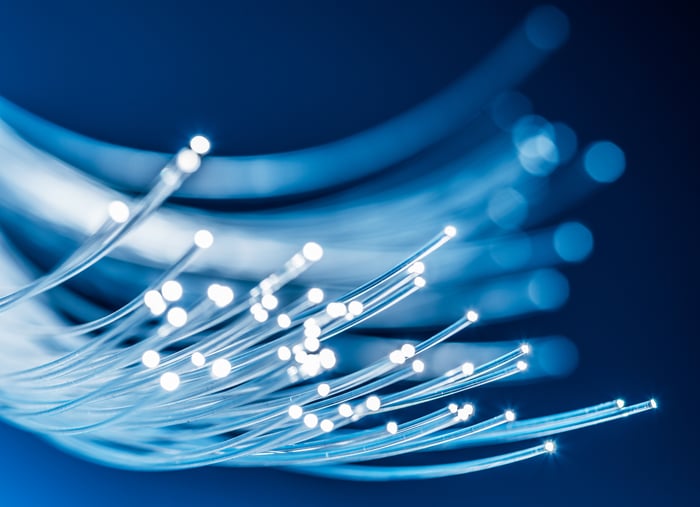 But here's the thing: What if the company's earnings margin keeps declining, but capital expenditures as a share of margin keeps rising? In this case, Corning could start to find it very hard to translate its mid-single-digit revenue growth into free cash flow (FCF) growth.

As a reminder, FCF is usually defined as operating cash flow (OCF) minus capital expenditures, and OCF is roughly net earnings after depreciation and amortization are added back and working capital taken out.

Similarly, Corning's EBITDA margin also appears to be in decline. 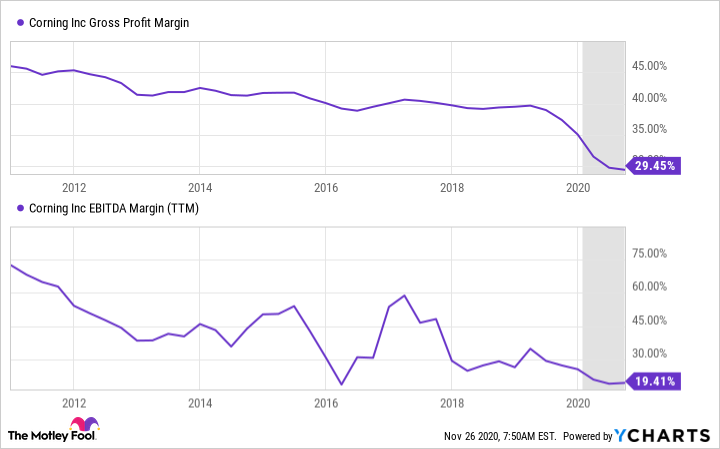 Turning to the issue of capital expenditures and FCF, the chart below shows how Corning's FCF as a share of revenue has drifted downwards over the last decade, only to perk up in 2020.

However, the reason why FCF picked up in 2020 is largely down to a reduction in capital spending, both in absolute terms and as a share of revenue. The reason is that Corning is not in one of its "build cycles" of heavy capital spending right now. This was explained by CFO Tony Tripeny on the recent earnings call: "...where we really spend a lot of money is when we get into the build cycle, and we're not currently in one of those build cycles, and we don't see ourselves in a build cycle over the next year or so."

You can see this in the last chart of the three below. As a rough rule of thumb, companies should be spending slightly above their levels of depreciation in order to replenish assets and generate growth. However, the current ratio of 0.9 times depreciation and amortization implies a low level of capital spending. 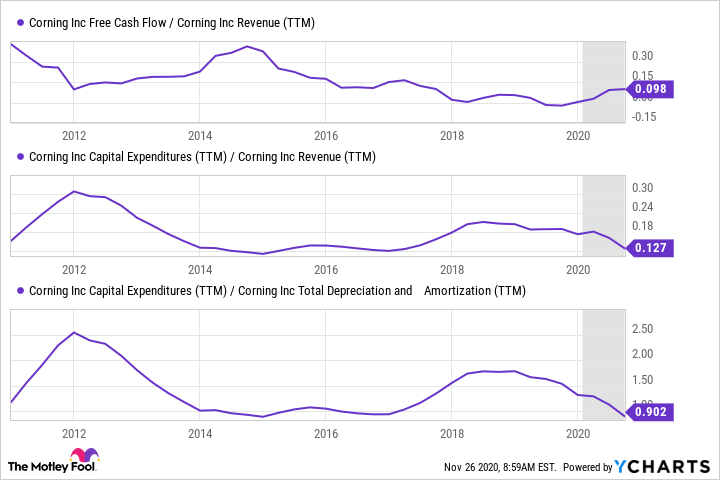 Putting it all together, Corning is currently in a phase when FCF should be high, but it's nowhere near where it was in 2014 on a relative or absolute basis. Meanwhile, margin appears to be in decline.

Is Corning stock a buy?

Trading at 32 times expected 2020 FCF and 24 times expected 2021 FCF, Corning doesn't look cheap for a stock that's arguably hitting a local peak in its FCF generation over the next couple of years. The likelihood is that capital expenditures will rise again after a few years, and FCF could come under pressure.

Of course, that assessment would be a different story if margins were expanding, but it's difficult to work on that assumption without hard evidence that margins are increasing. All told, Corning needs to demonstrate some margin expansion before it will look like a good value. That's something to keep an eye out for.