Shares of Opko Health (NASDAQ:OPK) were jumping 11.9% higher as of 3:44 p.m. EST on Wednesday. The big gain came after website TheDeal.com reported that The Blackstone Group (NYSE:BX) could have an interest in buying Opko's potential growth hormone royalties.

Keep in mind that a potential deal with Blackstone hasn't yet been confirmed. However, it wouldn't be all that surprising if the investment management firm did express interest in acquiring Opko's growth hormone royalties. Nor would it be shocking if Opko was also interested, especially considering that activist shareholder Sian Capital has pushed for selling Opko's royalty stream. 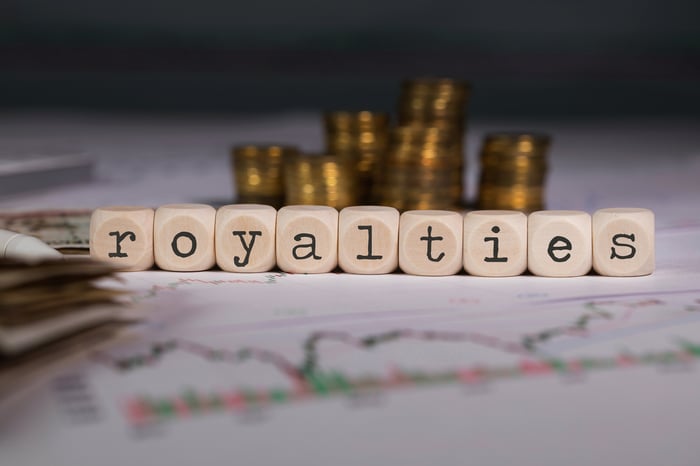 In 2014, Opko gave Pfizer (NYSE:PFE) an exclusive license to market growth hormone somatrogon globally. Pfizer paid Opko $295 million up front with the opportunity for Opko to receive up to $275 million in contingent milestone payments. Opko stands to receive tiered royalties on somatrogon's potential sales from the high teens to mid-20s.

Those royalties seem more likely than ever now. Pfizer plans to file for U.S. regulatory approval for somatrogon by the end of this year. The big drugmaker expects to submit for approval of the drug in Europe and Japan in the first half of 2021.

Opko shareholders will have to wait to see if a deal actually is finalized and, if so, what the financial terms will be. In the meantime, the near-term prospects for the healthcare stock hinge to a great extent on what happens with the COVID-19 pandemic. Business is booming for Opko's BioReference Laboratories unit, which processes COVID-19 diagnostic tests. A worsening situation for COVID-19 cases could boost the company's revenue.