Millions of people love cars, and investors have loved buying auto stocks for decades. With the technological revolution in the auto industry, there have been plenty of recent innovations, including electric vehicles, self-driving software, in-car entertainment, and countless other features, which drivers now take for granted. The companies that bring those innovations to life have gotten investors' attention, and young new companies have come public to take advantage of heavy demand.

Today, another small upstart started trading after its merger with a special purpose acquisition company. Luminar Technologies (Nasdaq: LAZR) has plenty of promise and is joining a crowded sector with many players vying for attention.

How the stock market fared Thursday

Stocks closed mixed on Thursday, as gains earlier in the day largely evaporated. The Dow Jones Industrial Average (DJINDICES:^DJI) was the biggest gainer on a percentage basis, but the S&P 500 (SNPINDEX:^GSPC) pulled back very slightly from its record high on Wednesday. The Nasdaq Composite (NASDAQINDEX:^IXIC) did set a new record, although its gain was far less than it was at its best levels of the day.

Another SPAC hits the big leagues

Luminar Technologies isn't a name that most stock investors are familiar with because until today, shares of the privately held company technically weren't available for investors to buy. However, for a few months now, investors in the SPAC Gores Metropoulous (NASDAQ:GMHI) have known that the shell company in which they owned stock planned to merge with Luminar in early December. Sure enough, Luminar and Gores got the go-ahead to move forward with their merger this week, prompting the change in name and ticker symbol. 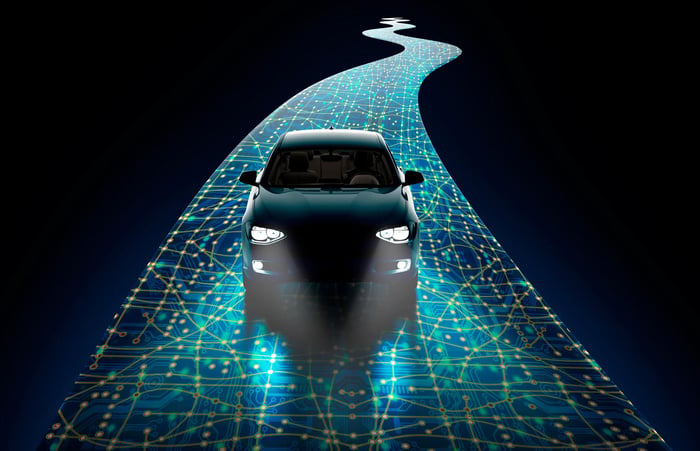 Luminar is a pioneer in the laser-driven lidar technology that some self-driving systems use to get information on traffic and obstacles. Back in May, the company made a deal with Sweden's Volvo to add lidar and other sensor technology to vehicles, beginning in 2022. At the time, Volvo said it intends to use Luminar's technology as the gateway toward including autonomous vehicles for highway driving. The collaboration gave Luminar partnerships with seven of the top 10 global automakers.

In August, Luminar announced it would go public through a merger with Gores Metropoulos. The deal put a $3.4 billion market cap on Luminar; it also put founder Austin Russell in line to become a billionaire. It took a few months for the companies to get the required shareholder approvals.

Interestingly, shares of the SPAC remained fairly subdued after the announcement, rising as much as 35% from their $10 per-share price, but then falling back to that level through mid-November. It was only once Luminar got another deal with the Mobileye subsidiary of Intel on Nov. 20 that the stock began its latest move.

In its first day of trading in its own name, Luminar's stock soared 28%. That's helped some SPAC shareholders double their money in just a couple of weeks, but it also speaks to the popularity of companies introducing new technology to the auto industry.

SPACs have been extremely successful in finding privately held companies with appeal to investors. The success of Luminar and Gores Metropoulos ensures that more SPACs will come to market looking to duplicate its winning ways.