Canopy Growth Corp (NASDAQ:CGC) remains one of the more peculiar stocks in the marijuana sector. During its second quarter 2021 (ended Sept. 30), the company grew its revenue by a stunning 77% year over year, and its shares are subsequently trading at nearly 30 times revenue.

While that may seem reasonable, Canopy Growth's competitors, such as Green Thumb Industries (OTC:GTBIF) (CNSX:GTII) and Curaleaf (OTC:CURLF) (CNSX:CURA), are trading at much lower valuations despite posting triple-digit percentage increases in sales compared to last year.

One big reason for the hype surrounding Canopy Growth is its expansion outside of the Canadian marijuana market. The company is already a market leader in Germany, but all eyes are turning toward its plans to make a dent in the U.S. pot industry. Will the company be successful in its endeavor in a matter of five years? Let's find out together. 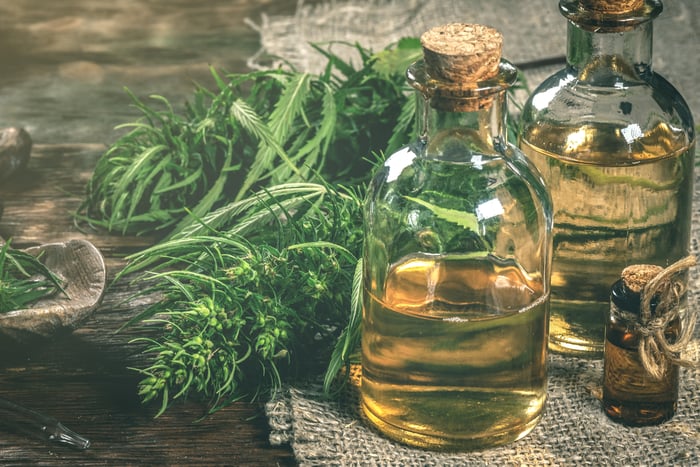 Because marijuana is still illegal at the federal level, Canopy Growth currently cannot sell its pot to the U.S. It must rely on domestic U.S. producers (operating in states where the drug is legal) for its expansion plans. In 2019, the company announced a $3.4 billion acquisition of Acreage Holdings (OTC:ACRGF), with one important caveat

Acreage is one of the largest pot dispensary chains in the U.S., operating 27 stores across 19 states. During its third quarter 2020, the company grew its revenue by 42% compared to Q3 2019, to $31.7 million. Its gross margin stands at 42.5%, virtually unchanged from the same period last year.

The entire Acreage deal is contingent on the federal legalization of marijuana in the U.S. That seems like a far-away reality in light of the current political climate. That's why a 7.5-year clock was started when the agreement was announced, after which time, if federal legalization hasn't occurred, the deal will expire.

The upcoming Biden administration hints that it wants to decriminalize marijuana on the federal level, which is an entirely different story. If such a policy pushes through, it would still be illegal for foreign pot growers like Canopy Growth to export their produce down south. In fact, some large-cap U.S. pot growers would likely lobby to prevent full federal legalization. It is simply not in their best interest (nor from those operating mom-and-pop dispensaries) to have overseas marijuana companies enter into the world's largest cannabis market and take business away from them.

For these reasons, it is not likely that Canopy Growth could do business inside the U.S. without intermediaries anytime soon, perhaps not until after the 2024 elections. Until then, the cost of Canopy Growth's U.S. expansion is simply too great. For example, Acreage and Canopy Growth announced they would be launching their line of CBD-infused drinks in the U.S. by the end of 2021. However, due to federal restrictions, Acreage would have to invest in brewing facilities in every state it wants to operate in. This is obviously more capital extensive than having one single mega brewery that ships drinks across the nation.

For all these reasons, this leaves the Canadian and German legal marijuana markets as key drivers of Canopy Growth's expansion. The company has its fair share of problems in those areas as well. This year alone, Canopy Growth had to write off billions in intangible assets and goodwill due to hyper-competition among pot growers in Canada and lay off hundreds of employees.

On top of that, the ruling government coalition in Germany defeated a key bill that called for the legalization of recreational marijuana. This constrains Canopy Growth's operations to solely selling medical marijuana in the country. During Q2 2021, the company's international medical pot segment brought in CA$17.5 million in sales, representing virtually no change from last year.

Overall, I'd expect Canopy Growth's revenue in Canada to continue to increase over the next five years. However, that growth rate isn't really justified by its high valuation. Until marijuana becomes fully legal at the national level in the U.S. and Germany, new investors should beware overpaying for the stock.