Shares of Farfetch (NYSE:FTCH), the online luxury fashion platform, were soaring last month after the company signed a partnership with Alibaba (NYSE:BABA) and posted strong third-quarter results. According to data from S&P Global Market Intelligence, the stock finished November up 94%. As you can see from the chart below, the gains came on two separate waves following each of those news items. 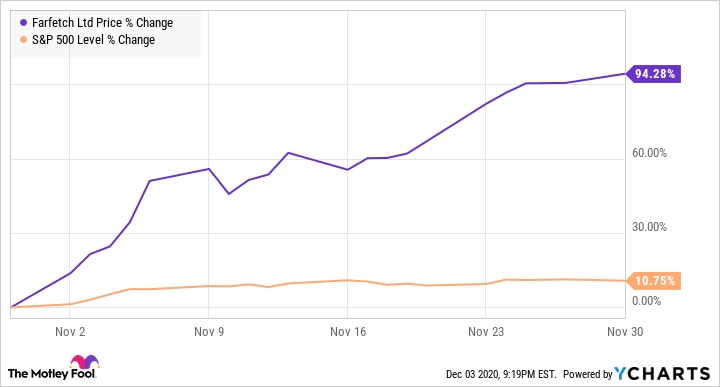 Farfetch shares surged to kick off the month, jumping 14% on Nov. 2 as news broke that the company was in advanced talks to partner with Alibaba. It climbed again a few days later when the deal was announced on Nov. 5. Farfetch said that Alibaba, the world's biggest e-commerce marketplace, and Richemont, the Swiss luxury goods seller and parent of Cartier and Net-a-Porter, would each invest $300 million in the company. Additionally, Farfetch will launch luxury shopping channels on Alibaba's Tmall and Luxury Soho, its new online outlet. 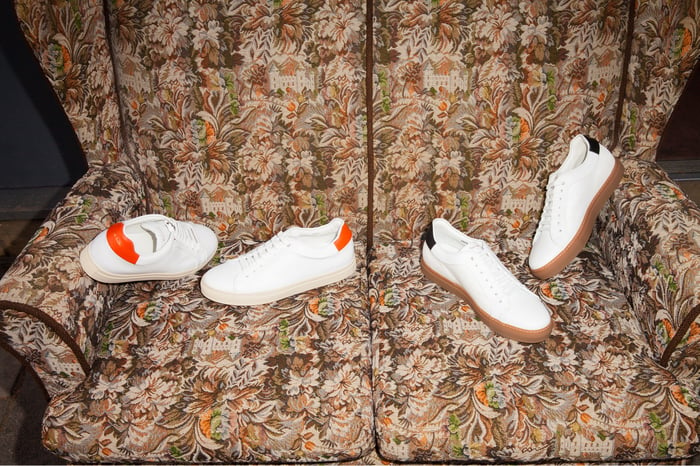 The deal cements Farfetch's status as the leading online luxury platform, and the company followed it up with a sterling earnings report. Gross merchandise volume on its platform jumped 62% in an environment where most apparel sellers are struggling. Revenue jumped 71% to $438 million, well ahead of the analyst consensus at $367.1 million.

The company also narrowed its adjusted EBITDA from $36 million to $10 million, showing it's taking solid steps toward profitability. CEO Jose Neves said, "What we are seeing is the acceleration of the secular trend of online adoption in luxury -- an industry that is still very underpenetrated." Farfetch's ability to deliver those results even when most apparel sellers are struggling bodes well for its long-term growth.

Year to date, the stock is up more than 400%. Last month's events show why. With strong tailwinds in e-commerce and clear leadership in online luxury, this growth stock likely has a bright future ahead.