Shares of Nano Dimension (NASDAQ:NNDM) have popped today, up by 15% as of 12:05 p.m. EST, since the company closed a previously announced stock offering. The company sold nearly 12 million American depository shares (ADSs) at a price of $5 per ADS.

The offering priced a few days ago and has now formally raised approximately $60 million in gross proceeds to beef up the balance sheet. Nano Dimension, which specializes in 3D printing technology for electronics components, plans to use the proceeds for working capital and other general corporate purposes, which may potentially include acquisitions.

The news comes a couple of weeks after Nano Dimension priced an offering of 25 million ADSs at $4 per share, raising $100 million in gross proceeds. The stock plunged on that announcement, and the latest offering priced higher, which is more favorable to the company since it can raise more capital. Nano Dimension had also raised $50 million in October at $3 per ADS. 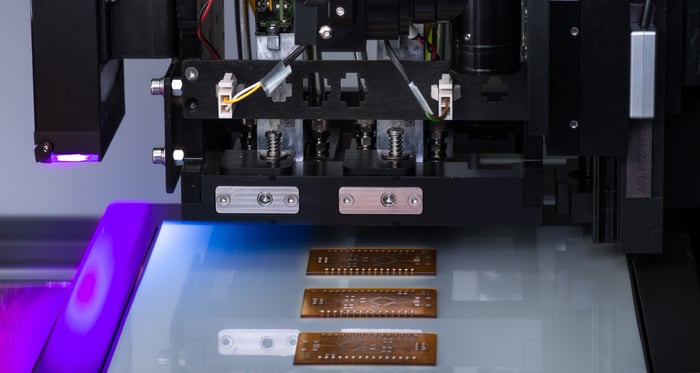 All three offerings were made pursuant to a shelf registration statement previously filed with the SEC in October. A shelf registration allows companies to file for stock offerings that may not take place immediately, giving the company greater flexibility and discretion over when to conduct them.

Nano Dimension has now raised $210 million in gross proceeds across all three offerings, before fees and other related expenses are deducted. Sales have dried up amid the COVID-19 pandemic, with revenue falling by 72% for the first three quarters of 2020. The company has been raising cash all year to weather the crisis, and finished the third quarter with $45.7 million in cash on hand.