The fears of cinema collapse are an "overreaction," there is no "death star," analysts say.

Eric Wold of B. Riley Financial says the share price plunge for the physical theater operators is "likely to prove to be an overreaction" by the stock market. Wold cites the release of COVID-19 vaccines as probably causing a return to the theaters in the near future. He also says marketing expenses will push Warner Bros. to "abandon or meaningfully modify this new strategy" and expects a much more moderate effect on cinema profits than "initially feared." 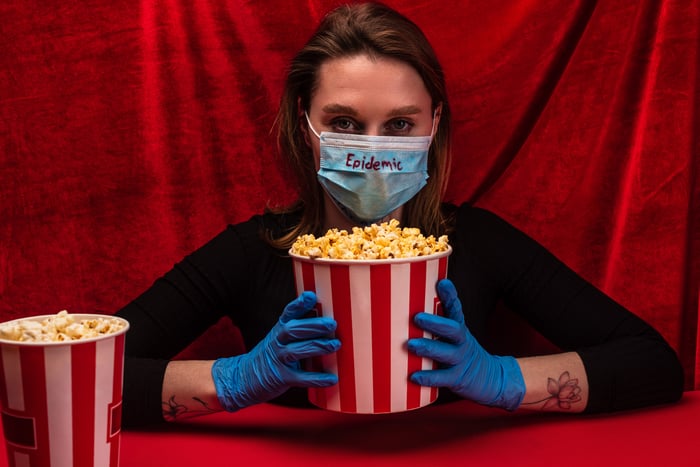 One analyst, Matthew Harrigan of Benchmark, went so far as to say Netflix will not experience significant problems from the Warner Bros. move. He remarked the "oft bumbling HBO Max is not exactly the Netflix 'death star,'" and boosted Netflix's price target to $492, though this remains slightly below the stock's current value of approximately $499.

Bloomberg reports cinema company executives responded swiftly to the Warner Bros. news. In an email, AMC CEO Adam Aron commented Warner seems to be "sacrificing" its movie division's profitability "to subsidize its HBO Max start-up." Cineworld Group ( CNNW.F -2.29% ), owner of the Regal Theater chain, says it anticipates reaching a positive negotiation outcome with Warner because it is "very encouraged by the giant steps achieved recently with regards to the Covid-19 vaccination process."