In a historic vote, the House of Representatives on Friday elected to remove marijuana from the nation's Controlled Substances Act. This would effectively legalize the drug if the measure becomes law. The Marijuana Opportunity, Reinvestment and Expungement (MORE) Act passed by a comfortable 228 to 164 margin.

While the poll generally went along party lines, with Democrats tending to vote in favor and Republicans against, six House members in the former party and five in the latter crossed the aisle in the count. 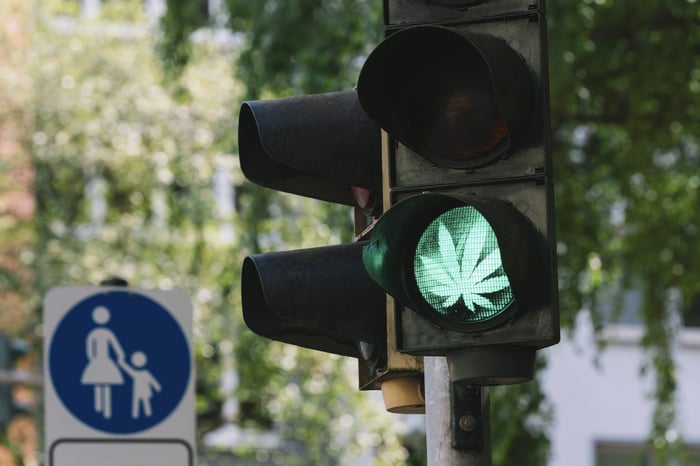 The vote is historic as it is the first time Congress has passed a measure that basically flips the switch on marijuana legalization. In addition to the drug's removal from the federal list of controlled substances, the MORE Act would provide access to a wider slate of financial services for cannabis companies and expunge marijuana-related offenses on criminal records, among other steps.

The big caveat, however, is that the bill must pass in the Senate as well. Currently, that body is controlled by the Republicans, and their leadership has been adamantly opposed to drug law liberalization. Even if the Democrats win back control of the Senate, that chamber's lawmakers tend to be a more conservative group. So the chances of the MORE Act passing there are likely to remain slim.

Nevertheless, it's the latest indication that authorities on the highest level around the world are, at the very least, considering the decriminalization or legalization of marijuana.

On Friday, the stocks of several U.S.-based cannabis companies, notably Curaleaf Holdings (OTC:CURLF), rose on that optimism. Curaleaf is based in Massachusetts and operates a clutch of dispensaries around the country. Zooming past the modest gain of the S&P 500 index on the day, Curaleaf closed 5.2% higher.