Enterprise identity specialist Okta (NASDAQ:OKTA) reported impressive third-quarter results earlier this week, briefly sending shares to record highs as the company's core offerings have become increasingly important for remote workers and organizations during the COVID-19 pandemic. With salesforce.com's recently proposed blockbuster acquisition of Slack on investors' minds, many are wondering what other potential megadeals could make sense in the tech sector. 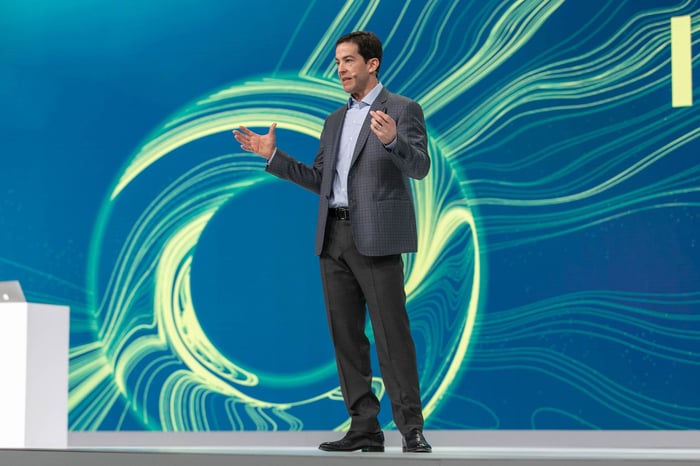 The value of independence

Merger and acquisition (M&A) activity in the tech sector may be about to heat up due to Salesforce's splashy purchase, which included lofty valuation multiples for Slack. While there is some skepticism directed toward Salesforce, investors across the rest of the sector have been cheering, pushing shares of other cloud and software peers higher in recent days.

A similar round of speculation -- which included Okta -- was sparked back in late 2018 after IBM bought Red Hat for a whopping $34 billion (more than what Salesforce is paying for Slack). However, Okta CEO Todd McKinnon has downplayed the idea, reiterating several times on the conference call with analysts that the company's independence is of critical importance to its value proposition for enterprise organizations.

"We win because we have the most modern and extensive cloud-based platform," McKinnon said. "Our customers value our independence and neutrality, and our Okta Integration Network is unmatched in the industry."

Like many enterprise software specialists, Okta has a love-hate relationship with Microsoft (NASDAQ:MSFT). The companies cooperate and integrate their offerings for the benefit of mutual customers, but they also compete, as Microsoft has its own identity and access management (IAM) service. Okta partnered with Microsoft many years ago, which has been a huge win for the smaller company. Both are considered leaders in the IAM space under Gartner's Magic Quadrant methodology.

When asked by an analyst if there had been any recent changes regarding the relationship, the co-founder and chief executive again expressed the theme of independence. McKinnon believes that Okta "should be its own independent platform." Tying an identity platform to a broader cloud platform undermines its value since identity "has got to be a neutral router" and shouldn't be "beholden" to another platform, according to the CEO.

In an interview with Barron's, McKinnon again dismissed the idea of Okta getting acquired, saying, "We're more valuable if we stay independent."

When I first personally bought shares back in June 2017 for just under $27, part of my thesis was that Okta was a strong buyout candidate, specifically for Microsoft. But much has changed in the years since, perhaps most notably its valuation. 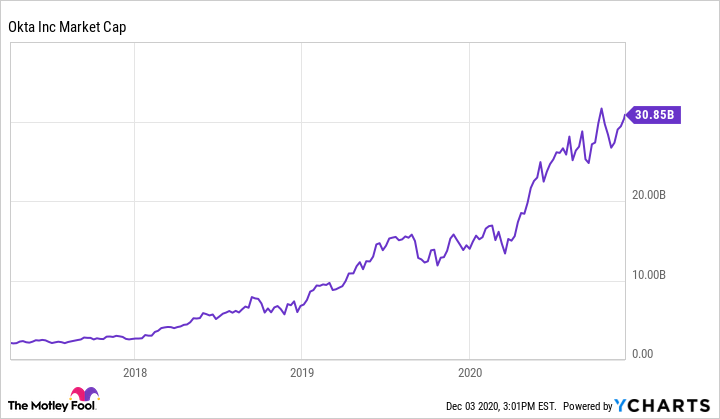 The company's market cap was just over $2.5 billion at the time -- quite affordable for Microsoft even after factoring in a generous acquisition premium. The enterprise software juggernaut routinely makes strategic acquisitions of that magnitude. But with a market cap now approaching $31 billion, purchasing Okta starts to look awfully expensive and would theoretically dethrone LinkedIn as Microsoft's biggest buy ever.

With the prospects of Okta getting acquired getting dimmer, hopefully McKinnon can continue proving to investors that the company is worth more on its own.