After previously putting its multiyear Asset Revitalization Program (ARP) on hold, United States Steel (NYSE:X) is now taking advantage of rising steel demand and pricing to acquire the remaining stake of Big River Steel that it doesn't already own. The company announced the move today.

The company unveiled a new version of its corporate strategy in July 2018, which put its focus on what management considers three critical success factors: winning in more profitable markets, improving its position on fixed costs, and nurturing and supporting the best talent. Acquiring former competitor Big River Steel checks each of those boxes. 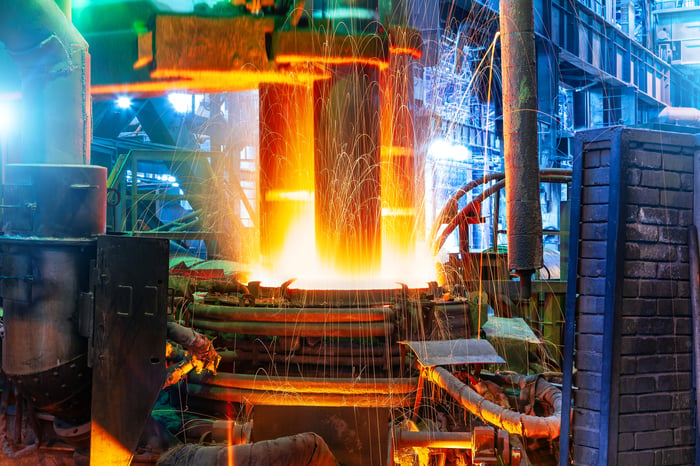 Big River Steel began as a $1.3 billion investment that started operations using the latest technology in 2016. U.S. Steel made a $700 million investment for a 49.9% stake in the mill last year as part of its asset modernization plan. The mill was designed to make advanced high strength steel (AHSS) used by the automotive industry, as well as high-end electrical steels, which bring higher-than-average selling prices.

Today, U.S. Steel said it will buy the remaining 51.1% of Big River for $774 million in cash. Company CEO David Burritt called Big River "our top strategic priority" for the company's "best of both" approach. It seeks to combine existing assets with newer, advanced technology assets to better compete.

The ability of U.S. Steel to complete the Big River acquisition points to rising demand and pricing in the steel industry. For investors, this signals a promising earnings outlook for the rest of the industry.