Shares of Fastly (NYSE:FSLY) rose 33.5% in November, according to data from S&P Global Market Intelligence. The stock gained ground thanks to momentum for the broader market and encouraging news regarding future business from ByteDance's TikTok, which has been the edge computing specialist's biggest customer. 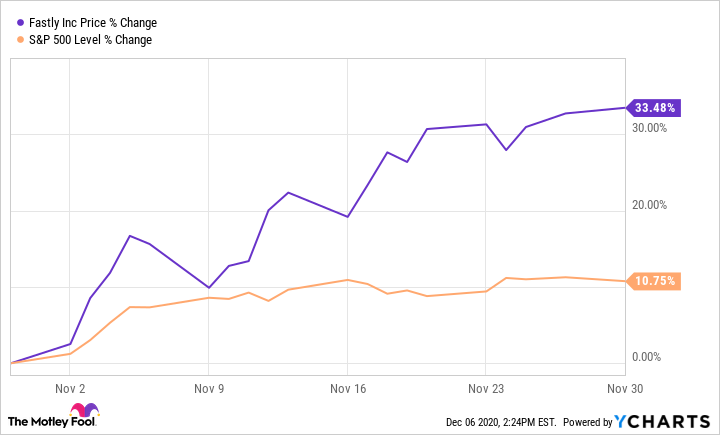 The S&P 500 index rose a record 10.75% across November's trading, and it was an especially good month for top stocks in the cloud-computing space. Fastly shares also got a boost from news that the U.S. Department of Commerce would not act on an order requiring TikTok to shut down operations in the U.S. until it had received additional legal reviews.

ByteDance's hugely popular TikTok short-video platform has been a centerpiece in political tensions between the U.S. and China due to alleged data and security concerns, and Fastly stock plummeted after indications that a looming domestic ban on the app was causing the edge computing specialist to lose business. The Department of Commerce announced on Nov. 13 that it would not enforce an order requiring the hugely popular social media platform to shut down operations in the U.S. -- a development that could point to TikTok returning to Fastly for additional edge computing needs.

With the market rallying last month and positive developments for Fastly on an important front, the tech stock was able to post explosive gains.

Fastly stock has continued to rally in December. The company's share price has risen roughly 14% in the month so far, with big gains arriving on Dec. 8 following news that a U.S. federal judge had issued a ruling blocking the Trump administration's attempt to stop TikTok from operating in the U.S. 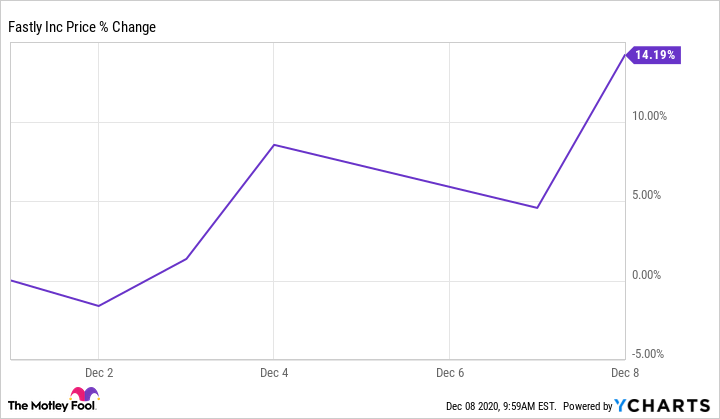 Edge computing shifts late-stage computation processes from centrally located servers to servers that are closer to the physical location of users attempting to access data. This technology can significantly speed up the rate at which data is transmitted to users and reduce the strain on networks.

With communications and commerce increasingly moving to digital channels, demand for edge-computing services looks primed for substantial growth over the next decade, and Fastly has a leading position in the space. The stock probably isn't a great fit for risk-averse investors, but it still has big growth potential.

Fastly has a market capitalization of roughly $10 billion and is valued at approximately 35 times this year's expected sales.