The children's media company has inked yet another deal.

Shares of Genius Brands ( GNUS 0.00% ) are running 4% higher in morning trading Tuesday after the children's media company announced an agreement with LG Electronics to offer its advertiser-backed Kartoon Channel! streaming video channel for free across all LG Smart TVs.

Genius Brands says LG is the second-largest manufacturer in the U.S. television market. 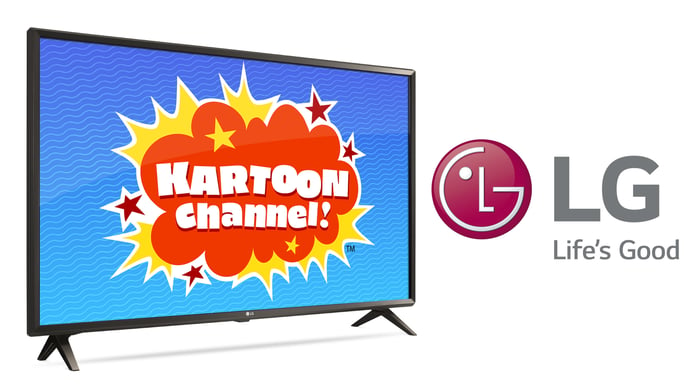 The media company's deal with the consumer electronics giant in theory should get its programming out in front of more viewers. It's the second such deal Genius Brands has made in recent months as it announced a similar arrangement with Samsung back in September.

Kartoon Channel! General Manager Jon Ollwerther said in a statement, "We look forward to announcing a number of similar agreements over the next twelve months. Through this strategy, we are capitalizing on the evolution in viewer habits, which we believe will position us at the forefront of this rapidly evolving market."

As the channel is ad-supported, it's key for Genius Brands in attracting advertisers to have the content distributed as broadly as possible.

Expect a volatile ride with the stock, though, as it tends to rise and fall on the company's press release cycle.