Please ensure Javascript is enabled for purposes of website accessibility
Free Article Join Over 1 Million Premium Members And Get More In-Depth Stock Guidance and Research
By Rich Duprey - Dec 9, 2020 at 9:38AM

Although one billionaire investor thinks Tesla ( TSLA -1.13% ) stock is "impossible" to short because of the euphoria surrounding the company, that doesn't necessarily mean it's a buy.

J.P. Morgan ( JPM 2.01% ) analyst Ryan Brinkman said investors thinking of riding the electric car maker's stock higher should think again because Tesla stock is now "dramatically" overvalued. The market is pushing the stock up based on factors that have nothing to do with the fundamentals of its business, he says. 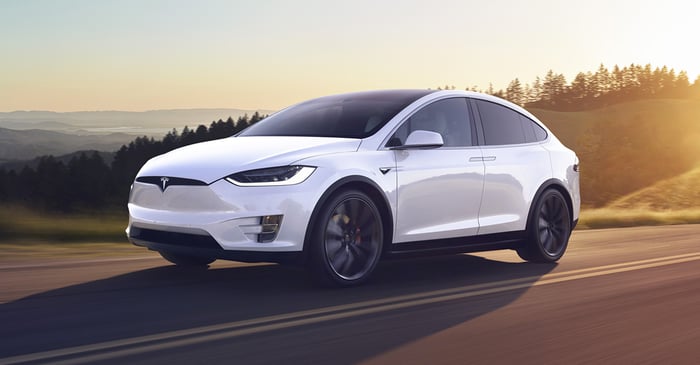 Jim Chanos recently slashed his short position in Tesla after shares catapulted 800% higher this year, though he still has a small tranche of shares that are sold short.

Short sellers believe a stock will decline, so they effectively sell shares they hope to buy back later at a lower price. When a stock like Tesla runs away, though, short sellers are on the hook for the losses, which, for investors who are not billionaires, could be devastating financially. It's not that great when you have money either, which is why Chanos reduced his position rather than fight the tide any longer.

Even so, Brinkman says investors shouldn't buy the run-up either. In a note to investors, he said the EV maker's gains are "strongly suggestive of the idea that something apart from the fundamentals (speculative fervor?) is driving the shares higher."

Tesla is using its soaring value to raise $5 billion through a stock sale. While Brinkman did raise his price target on the EV maker, citing the offering, it was to only $90 per share. Tesla currently trades at almost $650 per share. Unsurprisingly, Brinkman maintained a sell rating on the stock.

Still, there could be more upside to come as Tesla will be added to the S&P 500 on Dec. 21, which will require funds that track the index to purchase the stock.