On Tuesday, Pfizer (NYSE:PFE) and BioNTech (NASDAQ:BNTX) won another crucial approval from a major healthcare regulator for their coronavirus vaccine. Health Canada authorized the two companies' BNT162b2 for widespread and general use, writing that it meets the "stringent safety, efficacy and quality requirements for use in Canada."

Pfizer and BioNTech have an agreement to supply the country's health authorities with at least 20 million doses of the vaccine -- and up to 76 million if necessary -- through 2021. The inoculation protocol calls for individuals to receive two doses, 21 days apart. The initial indication of BNT162b2 is for use in people who are at least 16 years old. The companies said that they are prepared to begin deliveries as soon as the Canadian government is ready to receive them. 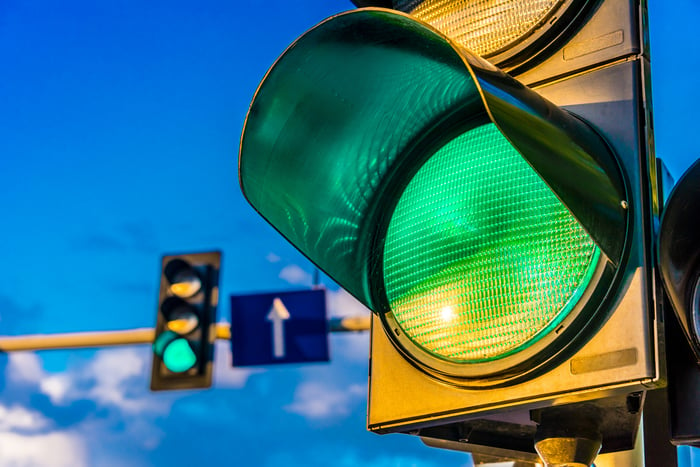 Canada's population is nearly 38.2 million, almost 40% of whom are concentrated in the capital province of Ontario.

The approval was the third from a national healthcare regulator in the space of a week. The U.K. also authorized BNT162b2 and has begun inoculating its citizens, and the small Middle Eastern nation of Bahrain gave it the green light.

In Canada, BioNTech will be the entity holding the regulatory approval, and Pfizer's operations in the country will hold the commercialization rights.

In its statement, Health Canada described its review of BNT162b2 as "rigorous," and said it will establish and maintain effective monitoring systems once the vaccine starts being administered. The regulator has pledged to take action if any safety issues arise.

Despite the Canadian nod, shares of both pharmaceutical companies were trading lower Wednesday. As of 2:55 p.m. EST, Pfizer was down by 1.7%, and BioNTech was off by 3.3%, while the S&P 500 index was down by about 1%.