For the second time in the last few days, Uber Technologies (NYSE:UBER) has divested one of its skunkworks. The rideshare company has signed a deal with early-stage company Joby Aviation to sell Uber Elevate, a business unit tasked with exploring and developing aerial technologies, such as air taxis and delivery drones.

The price of the sale was not disclosed. As part of the deal, Uber will invest an additional $75 million in Joby on top of a $50 million investment it made in January. The latter arrangement was not previously disclosed. Joby's total funding now stands at $820 million, and its investors include automaker Toyota, which has pumped $394 million into the still privately held company. 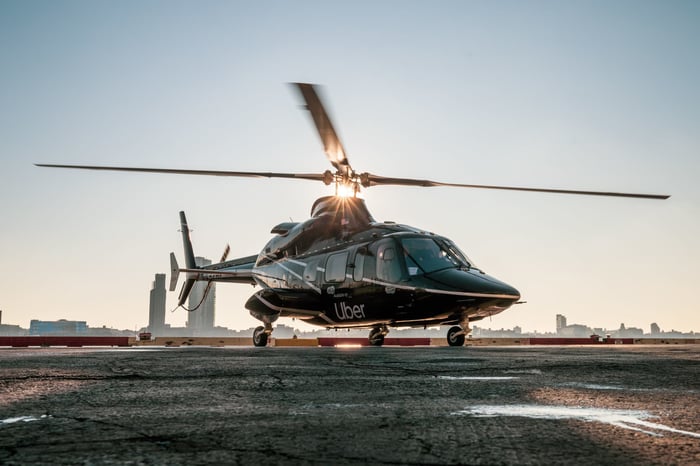 Joby, which revealed the news in a press release issued on Wednesday, said that it and Uber "have agreed to integrate their respective services into each other's apps, enabling seamless integration between ground and air travel for future customers."

The move comes after speculation that Uber, which has shed several capital-intensive businesses in similar sale-and-invest deals, was looking to unload Elevate. The unit was responsible for all of Uber's aerial efforts.

While some, such as the delivery drones or vertical take-off and landing (VTOL) air taxis, have yet to make it past the concept and planning stages, Elevate did manage the operational New York City helicopter-ferrying service Uber Copter. That business, however, has been suspended in the wake of the coronavirus pandemic.

For all its prominence and popularity, Uber is deeply unprofitable on the bottom line and thus continues to sell cost centers. Another example is the recently announced ATG deal. This latest divestment is a sensible move, but the company still needs to prove to investors it can make money at some point down the road.