Costco Wholesale (NASDAQ:COST) and Hilton Worldwide Holdings (NYSE:HLT) have had very different results this year. The COVID-19 pandemic boosted member demand at Costco's warehouses and increased online ordering. On the flip side, the virus severely impacted personal and business travel, to Hilton's detriment.

The stock prices reflect these diverging fortunes. Costco's share price is up by 27% for the year while Hilton's is down by 1%. But, while COVID-19 cases are surging, several companies have produced promising data on the vaccine front.

That makes this a good time to look at where each company goes from here to determine which one offers better prospects. 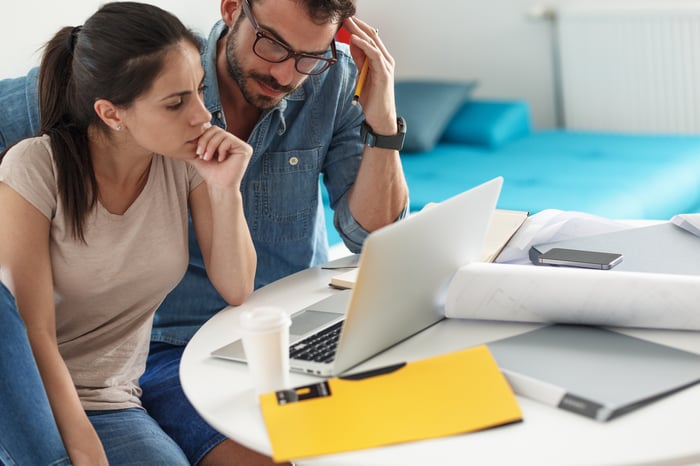 Costco has built a long and successful track record by charging members a fee that allows them access to its low prices on a wide selection of high-quality merchandise and services. That's why Costco was doing well before the pandemic struck, meaning it isn't merely benefiting from its members stocking up on certain goods.

Aside from Costco's growing profitability that should lead to a higher stock price, investors can also count on receiving dividends. Costco currently pays a 0.8% yield, so there are certainly higher-yielding stocks out there. But the board of directors periodically pays large special dividends, including a $10 per share payment this month.

Hilton aims most of its properties, including names like Waldorf Astoria, Conraweeeed, Hilton, and DoubleTree, at the higher end of the market. Rather than owning the properties, it engages in an "asset-lite" strategy whereby it either franchises them or operates them under a management agreement.

While this saves Hilton the cost of operating and maintaining the hotels, it is still a cyclical business since the company receives a portion of the property's revenue. It may also receive incentive fees from managing the lodgings that are based on a portion of the operating income.

That means the pandemic has hurt Hilton's results this year. In the third quarter, its revenue declined to $933 million, a 60% year-over-year decline. Management also warned that while almost all of its properties were open in early November, it may not stay that way, with various governments imposing restrictions due to higher COVID-19 cases.

The U.K. government has approved the Pfizer and BioNTech coronavirus vaccine for distribution and there are reports that the U.S. government could shortly give its approval as well. While that's potentially good news, a lot of questions remain, such as how quickly it can get distributed.

In the meantime, Hilton's results will likely feel the effect of the fallout of the economy slowing down, which would cause people to trade down to less expensive lodgings and businesses to curtail travel.

Reflecting this uncertain outlook, the board of directors suspended Hilton's dividend payments in March.

While Hilton's results will undoubtedly turn up when the health crisis eases and the economic picture brightens, no one knows when that will happen.

That makes Costco, with its simple, effective, and profitable business, the better investment.