In a press release published after market hours on Thursday, Costco said that in its first quarter of fiscal 2021, it booked revenue of just over $43.2 billion -- a 17% improvement on the same period of the previous year. That was on the back of comparable-store sales, which advanced by more than 15%. Net income, meanwhile, rose 38% to nearly $1.17 billion ($2.62 per share). 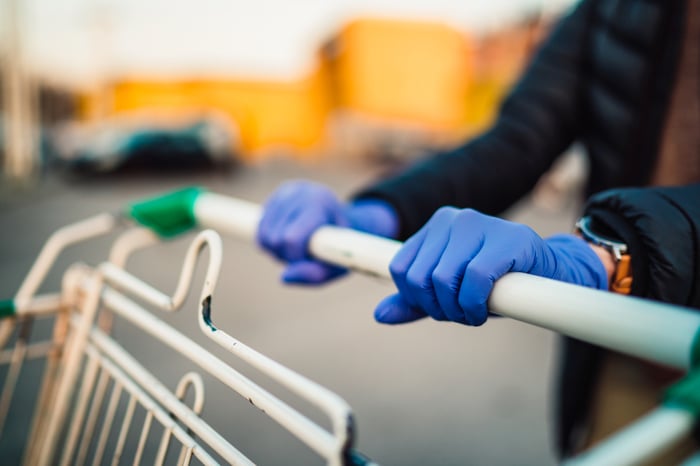 On average, prognosticators tracking the stock estimated that revenue would land at slightly more than $42.4 billion and per-share net profit would be $2.05.

As in previous quarters, warehouse store operator Costco has benefited strongly from stockpiling behavior connected to the coronavirus pandemic, as customers loaded up in anticipation of extended shut-ins. The company also reaped the benefits of a sturdy e-commerce effort, with comparable online sales nearly doubling at 86% year-over-year for the quarter.

Another factor boosting Costco's operations is its presence. It now has 558 warehouses in the U.S. and Puerto Rico, covering all major markets and significant population areas. While its international footprint was relatively small, with 245 outlets, it was well spread across a number of economies (the U.K., Australia, South Korea, etc.) in which the population has comparatively high levels of disposable income.

While those analyst beats were convincing, they didn't move the needle on Costco's stock in after-hours trading on Thursday. The shares were essentially trading flat in the early evening hours.