As vaccines for COVID-19 get rolled out and a real economic recovery looks like it could happen soon, investor confidence is pushing up stock prices. But every company needs to be assessed on its own merits and potential. Under Armour (NYSE:UA)(NYSE:UAA) squandered building its lead in athletic wear and was struggling before the pandemic. But it survived, and is in place to restart momentum. Is now the right time to buy shares?

Under Armour sales declined drastically during lockdowns, falling 41% in the second quarter ended June 30. But the company managed its costs well and finished the quarter in a comfortable financial position. 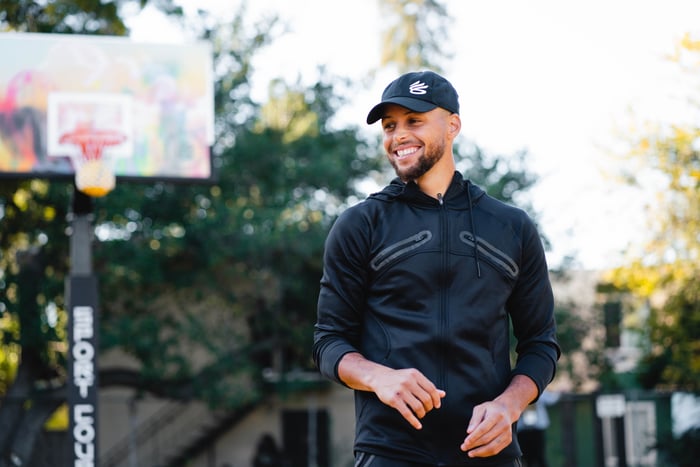 Cost management remained strict, and adjusted earnings, which accounts for restructuring costs, came in at $118 million.

Does this mean there are good times coming?

Overcoming obstacles to get back in shape

The company released a new slogan right before COVID-19, "The only way is through," and that's a good analogy to how Under Armour is approaching its troubles.

The main problem is its image in the North American market. Under Armour went through a several-year period of quick markdowns on too much inventory, diluting its premium image. There were also claims of mismanagement that allegedly contributed to operational issues.

Founder Kevin Plank stepped down as CEO last year amid allegations of fraud, and Patrik Frisk ascended to the role to create a fresh start for the company. He immediately set out to cut costs and implement a plan to revitalize the company's tarnished image, which was then scuttled by the onset of COVID-19. Under Armour's disciplined approach helped it make a fantastic recovery in the third quarter, and its task now is to rebuild the branding.

Under Armour is highly reliant on its wholesale business, which dropped 7% in the third quarter. Competitors like Nike (NYSE:NKE) and lululemon athletica (NASDAQ:LULU) have strong direct-to-customer programs, which contribute to their premium branding as well as top and bottom lines. It's important to note that Nike Direct grew only 12% in the 2021 first quarter, covering a similar time period as Under Armour's third quarter, but digital is an important growth driver, increasing 82%, versus Under Armour's "over 50%." Digital makes up 30% of Nike's overall business. Under Armour doesn't give a breakdown of its business, but it's looking to increase e-commerce in a number of ways.

On the third-quarter conference call, Frisk listed four objectives management is planning to meet to improve the company's results:

These are all actionable goals that should do some magic for the brand, mostly mimicking Nike's formula for success in the digital age.Management made a positive first step in shedding its connected fitness app, MyFitnessPal, to focus on strengthening other areas.

Not quite where it should be

Investors should expect things to be rocky in the near future. Management is forecasting a low-teens decline in the fourth quarter and a 10% increase in inventory, working a bit backwards. But it's taking the right steps toward recovery.

Despite the company's progress, I wouldn't recommend buying it now because improvements are not compelling enough. The share price is down 20% year to date, and that low price is still 40 times trailing 12-month earnings. But I do think investors should keep an eye on Under Armour, as the potential for a turnaround definitely remains.