Earlier this year, Amazon (NASDAQ:AMZN) purchased Zoox, a six-year old start-up seeking to create autonomous driving vehicles from the ground up. It reportedly paid  over $1.2 billion in the deal, making it one of Amazon's largest ever acquisitions.

On Monday, the company revealed the Zoox vehicle and its plans for the fully autonomous electric vehicle. Amazon is planning to compete with Uber Technologies (NYSE:UBER) and Lyft (NASDAQ:LYFT) using the Zoox electric vehicle (EV) as a driverless robotaxi, according to a Bloomberg report. 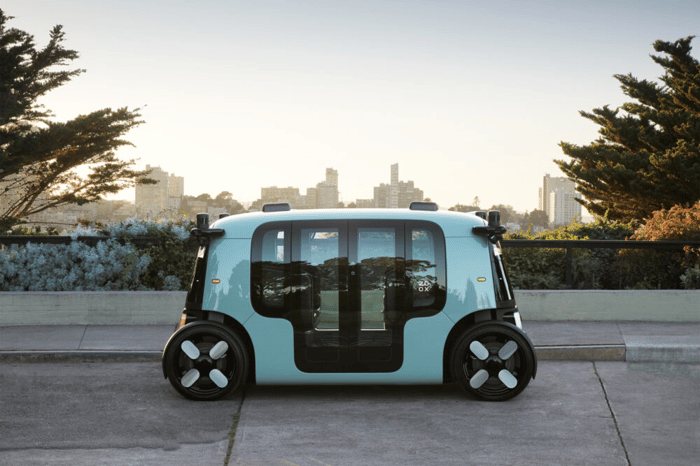 The EV can carry up to four people, travel in either direction, doesn't contain a steering wheel, and has a maximum speed of 75 miles per hour. Its two battery packs are enough for the vehicle to run up to 16 hours on a single charge. The company plans to launch an app-based ride hailing service in some U.S. cities, including San Francisco and Las Vegas, as well as overseas.

Zoox chief technology officer Jesse Levinson said the vehicle has passed all safety crash tests, according to the Bloomberg report. It navigates using spinning laser sensors and cameras on each corner of the vehicle, giving it the ability to see a complete field of vision at all times.

CEO Evans also said the EV "could move packages" at some point, referring to the possibility of creating a fleet of autonomous delivery vehicles, though she said there are no current plans for that.