The stock is richly valued, and insiders will soon be able to sell.

While Snowflake ( SNOW -8.57% ) is an exciting company with a great future, the stock might have the wrong kind of excitement over the next several months. This stock scares me for two reasons.

One, the valuation is insane. Snowflake is priced at 200 times revenues. That's way higher than Zoom ( ZM -6.48% ) or Datadog ( DDOG -7.72% ). Snowflake has a $100 billion market cap, and it hasn't even made $1 billion in revenues yet. This valuation means there's a lot of room to fall just on the basis of multiple contraction. 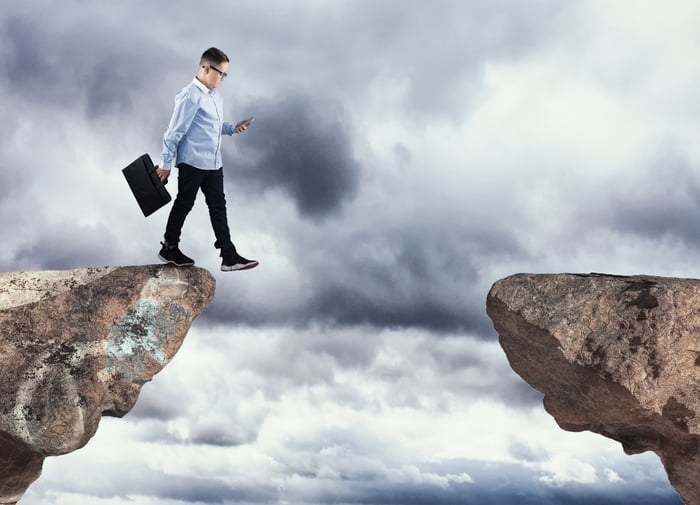 What might start a mini-crash is the second issue. Over the next few months, investors are facing a series of escalating lock-up expirations. Insiders will soon be allowed to sell their shares.

The lock-up expiration on Dec. 15 is tiny. This one allows employees and former employees to start selling 25% of vested stock options. As of July 31, this represents just 1,295,695 shares. There are 50 million shares outstanding, so it's not a big deal. And yet on Monday, the stock is dropping 7% in anticipation of this event.

By the end of December, this class might expand to non-employee insiders. That's a much bigger deal. Potentially, over 37 million shares might be allowed to trade. And then, two days after the second quarterly report in March, all the insider shares are unlocked. This is a mind-numbing 345 million shares that might hit the market.

I'd avoid these shares until spring.

Why a Stock Market Crash Could Make You Richer

Why Snowflake Surged 17% in October

4 Struggling Stocks to Buy at a Discount