Hasbro (NASDAQ:HAS) has long been the better toymaker when compared to rival Mattel (NASDAQ:MAT), but the coronavirus pandemic took a bigger toll on the former compared to the latter.

Both toymakers have doubled in value from their low points in mid-March, but the bigger of the two Hasbro fell further and has yet to fully recover its losses. Where Mattel is up 17% year to date, Hasbro remains 15% below where it started 2020.

Even though it may still take Hasbro some time to reach breakeven, let alone turn positive, it is the better growth investment of the two. 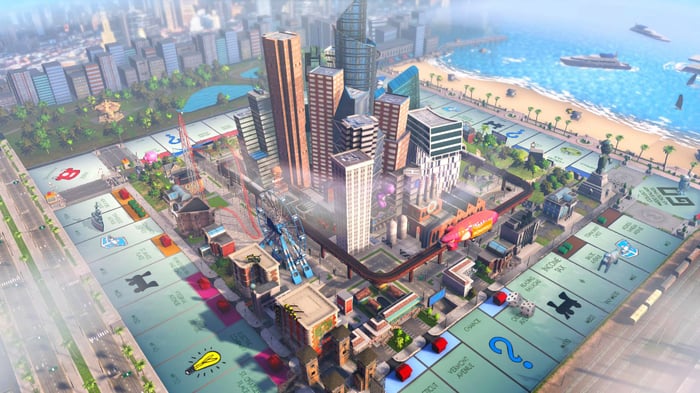 The COVID-19 gut punch to Hasbro hurt more because it is a more diversified toymaker than Mattel. While that would normally serve a company well, the pandemic shut down more businesses tied to Hasbro than to Mattel, and those outlets are still hurting.

Consider how Walt Disney (NYSE:DIS) has suffered because not only were its theme parks closed, but so were its movie studios and cruise ships, while its broadcast TV business was hurt by the dramatic decline in advertising.

In good times, diversification like that benefits the bottom line; but when states close down the economy, the ripple effect multiplies as the interconnectedness of the segments brings the whole business to its knees.

And the movie industry has been an especially important contributor to Hasbro's performance over the years, with sales of action figures and games driven higher by being tied to blockbuster movies. Hasbro was left with no ability to tie into their ability to juice sales.

While people stayed home and played more games, it wasn't enough to offset the decline in the rest of Hasbro's operations.

Ready for the comeback

And that hints at why Hasbro will be the better growth investment going forward as it will have more paths forward.

A vaccine for COVID-19 has been approved and is starting to ship to all states. So even though some states are starting to close their economies again as cases rise, it may be a short-lived second round. And the industries important to Hasbro are open and beginning to operate.

California, for example, reimposed strict guidelines on small businesses' ability to operate, but exempted the high-profile entertainment industry. Netflix (NASDAQ:NFLX) can continue operating, as can movie and TV studios as they've been designated "critical infrastructure" to the state.

That will enable Hasbro to begin seeing its entertainment, licensing, and digital segment flicker back to life, along with its TV production business, eOne, which was created with the closure of its acquisition on Entertainment One earlier this year. eOne produces programming for shows like Peppa Pig and PJ Masks.

The holiday quarter is typically Hasbro's biggest and it could mark the start of the toymaker's rebound, though it's not likely to really gain traction until the big blockbuster movies begin to hit the silver screen again next year.

There are still worries, of course, as supply chains remain compromised and could be problematic, and Hasbro's valuation remains pricey as it has bounced back from the depths of the pandemic-induced recession.

While Hasbro is not the screaming bargain it was earlier this year, it is the better growth stock bet because it has more paths to follow higher. Mattel was only just getting into the movie business, so that helped protect its downside, but as the main components of Hasbro's business all get back up to speed, look for this toymaker to resume its dominant position in the space.