Shares of Penumbra (NYSE:PEN) were sinking 8% lower as of 3:35 p.m. EST on Wednesday. The decline came after the company announced a voluntary recall of its JET 7 Xtra Flex catheters on Tuesday and several analysts downgraded the stock.

Penumbra's recall of its JET 7 Xtra Flex products is the biggest concern right now. The company stated that the catheter could "become susceptible to distal tip damage during use." The worry is that this damage combined with pressurization or contrast injection could cause blood vessel damage that leads to injury or even death. 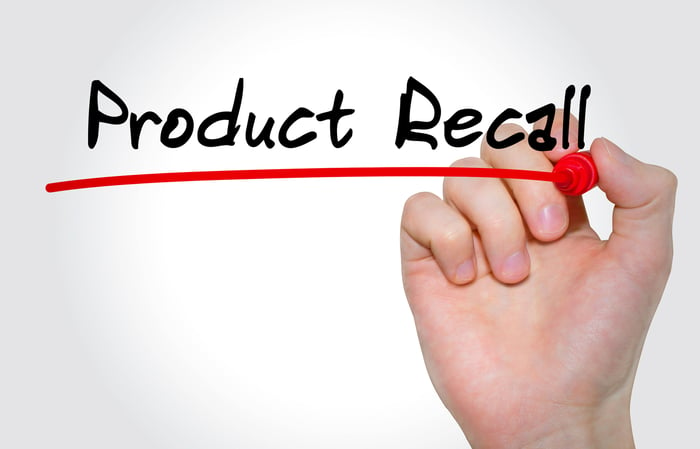 It's no coincidence that several analysts' downgrades came after this recall was announced. BTIG analyst Ryan Zimmerman downgraded Penumbra from a buy to a hold recommendation. Wells Fargo analysts reduced their price target for the healthcare stock from $265 to $215. Canaccord's William Plovanic kept a buy recommendation for Penumbra but lowered his price target for the stock from $292 to $204.

The reality is that Penumbra's business prospects have decreased at least over the near term as a result of the catheter recall. A sell-off, even if only a temporary one, appears to be warranted.

Penumbra's voluntary recall isn't the only challenge for the company. The rising number of COVID-19 cases in the U.S. could negatively impact Penumbra's sales over the next few months. Investors should probably expect more volatility for the stock.