Life hasn't been too rough for Carnival (NYSE:CCL)(NYSE:CUK) investors, with the critical caveat that you've only been a shareholder since mid-March or later. If you were brazen enough to buy Carnival stock when it bottomed out in early April (when it was so desperate for cash that it sold freshly minted shares at $8 apiece), you've almost tripled your money.

Most investors haven't been that lucky. Carnival will close out 2020 as one of this year's worst-performing large-cap stocks. The shares have plummeted 57% since the year began.

If you own Carnival, you're probably sitting on either a big unrealized capital gain or capital loss. Let's draw a new starting line for potential investors. Right now, with Carnival shares in the low $20s, is this an investment worth buying? Let's look at the things to consider if you're angling for a piece of the world's largest cruise line operator. 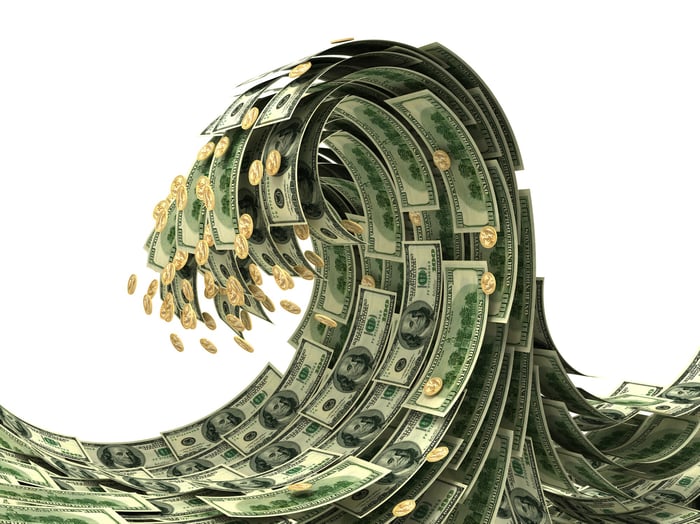 Carnival is the top dog of the open seas. It's larger than Royal Caribbean (NYSE:RCL) and considerably bigger than Norwegian Cruise Line Holdings (NYSE:NCLH). All three players are essentially in the same boat, pardon the pun. They suspended sailings in March. They spent the next few months with frustrated crew members stuck on the boats waiting to be repatriated. They are aiming to resume passenger cruises in February or March of next year, but if those dates slip, it wouldn't be the first time that cancellations get pushed further out into the future.

In terms of Carnival, investors need to know that they're not buying the same "fun ship" company as before. The fleet will be smaller, since Carnival has unloaded some of its least productive vessels during the operating lull. Income investors will note that it hasn't paid out a quarterly dividend since February, and the payouts aren't expected to resume anytime soon.

Carnival's finances will also take some time to recover. Its cash-burn rate is $530 million every month that it's not bringing in revenue-generating passengers, and even when it does resume sailings at some point in 2021, it's not as if it will be as profitable right away. Analysts see a return to modest annual profitability in 2022, and that's if things go according to plan.

The scariest prospect here, in terms of valuation, is how long it will take for any of the cruise lines to return to their former glory. Analysts see Carnival earning $2.25 a share come 2024. One way to look at this is that the stock is currently trading for 10 times what it will earn four years from now, but the more sober approach is that even in 2024, it will be barely half as profitable on a per-share basis as it was in 2019.

A big reason for the drop in bottom-line forecasts is that the players have taken on a lot of water this year in the form of new shares and fresh debt. Carnival's full-diluted share count has gone from 688 million to 775 million in the first three quarters of fiscal 2020. More shares mean lower earnings on a per-share basis. Long-term debt in the same nine months has gone from $9.7 billion to $18.9 billion, and those interest payments will eat into earnings, period. As a riskier investment, it's also having to pay more for borrowed money. Its interest expense for its latest quarter is a sixfold increase from where it was nine months earlier.

Welcome to the midnight buffet

Things aren't all bad here. The pain that the industry is going through now will make cruising a lot safer in the future, with or without a pandemic. Carnival has also raised more money than any other cruise line, so if there is a shakeout in a prolonged interruption, it's fair to say that Carnival would be the last player (if not the next-to-last) to go under.

It's also quite possible that the recovery for the industry in general and Carnival in particular plays out better than expected. There is going to be huge pent-up demand to cruise again at the other end of the COVID-19 calamity, as long as the economy and the pandemic are passing ships in this crisis.

A lot of the future sailings for Carnival, Royal Caribbean, and Norwegian Cruise Line are already spoken for in terms of cruise credits issued on canceled voyages. This may seem to limit the near-term generation of cash flow, but it also means that it will be easier to fill up ships once sailings resume.

Carnival stock is certainly riskier than it was a year ago, and it's not much cheaper once you consider the new shares and debt that have been issued. But if you believe in the future of cruising as a vacation option, you must feel that the future can only get brighter from here. If you're risk tolerant, patient, and realistic, Carnival is a stock you can buy here as a multiyear investment with the potential to beat the market.