On Friday afternoon, Novartis (NYSE:NVS) gave investors some bad news regarding an experimental treatment the pharma giant bought for around $9.7 billion last December. Instead of issuing an approval decision for inclisiran, the FDA sent Novartis a complete response letter (CRL) due to an unresolved facility inspection issue.

Earlier this month, the European Commission granted inclisiran approval to treat just about anyone with high cholesterol or mixed dyslipidemia under the brand name Leqvio. Unfortunately, the COVID-19 pandemic made it impossible for the FDA's inspectors to evaluate a European manufacturing site included in the application. 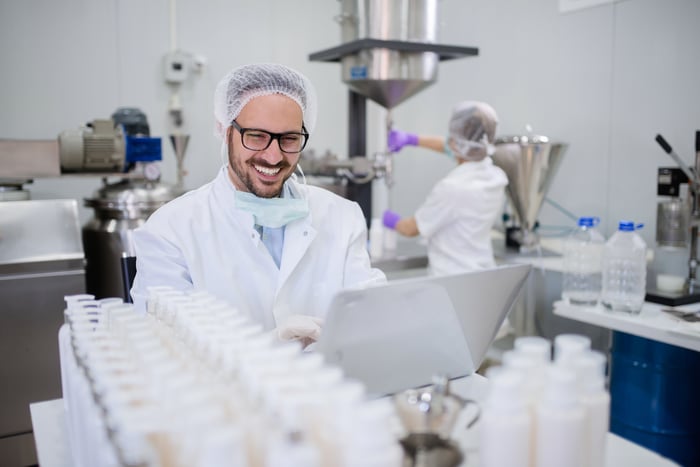 As a rule, the contents of CRLs and all other communications between drugmakers and the FDA are private. The recent approval of Leqvio in the EU, though, means we can take Novartis at its word that travel restrictions are the only issue keeping the company's cardiovascular unit from launching this treatment, which is expected to generate more than $2 billion annually at its peak.

Inclisiran is a first-in-class treatment originally discovered by Alnylam (NASDAQ:ALNY) that interferes with the production of a protein called PCSK9 with just two injections per year. Novartis was keen to acquire inclisiran for $9.7 billion last year because the twice-annual treatment is expected to compete well with Repatha from Amgen (NASDAQ:AMGN) and Praluent from Sanofi (NASDAQ:SNY).

As short-lived antibody injections that merely inhibit PCSK9, Repatha and Praluent aren't expected to measure up well to inclisiran when it comes to preventing strokes and heart attacks. While the CRL Novartis received today is disappointing, we aren't going to have a clear picture of inclisiran's commercial potential until Novartis presents long-term outcome trial results about three years from now.