Please ensure Javascript is enabled for purposes of website accessibility
Free Article Join Over 1 Million Premium Members And Get More In-Depth Stock Guidance and Research
By Eric Volkman - Dec 19, 2020 at 1:23AM

This strongly suggests the cryptocurrency market operator is leaning toward a traditional issue rather than a direct sale.

One day after cryptocurrency market operator Coinbase announced that it confidentially filed the regulatory paperwork with the Securities and Exchange Commission (SEC) for an initial public offering (IPO), a report indicates that the issue's leading banker will be Goldman Sachs ( GS -1.24% ).

An article published by Reuters on Friday and citing "a person familiar with the matter" said Goldman had been formally hired to bring the company to market. Presumably, this means that the storied investment bank will lead the syndicate of banks underwriting the deal, although few details were provided. 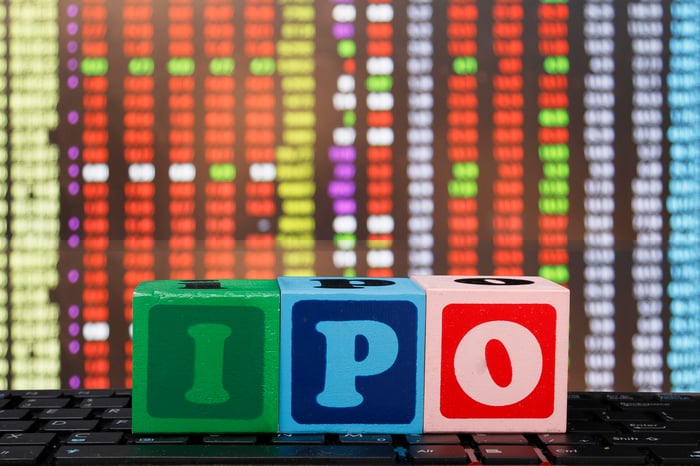 In a typical IPO, the syndicate is the entity responsible for drumming up interest in the issue, with the aim of increasing demand for the shares being offered (and, oftentimes, the final IPO price).

In July, Reuters reported that Coinbase had begun planning for its debut on the stock market. At the time, though, the company seemed to be leaning more toward a direct listing rather than a traditional IPO involving a syndicate of underwriters.

Coinbase's timing is ideal in several ways. The stock market is frothy, and times of optimism are always good for IPOs, since investors are being asked to put their money in a company as yet untested by the public markets. Cryptocurrencies are also doing extremely well in this era of economic stress; the far and away crypto leader, bitcoin, is trading at all-time highs.

Goldman Sachs hasn't commented on its possible involvement in the Coinbase IPO. Outside of a tersely worded statement published Thursday about its SEC filing, Coinbase has so far provided almost no information about the issue.