JPMorgan Chase's (NYSE:JPM) stock price climbed on Monday after the bank announced a $30 billion share repurchase program. As of 12:40 p.m. EST, the financial services giant's share price was up 4.5%.

JPMorgan Chase's announcement came soon after the Federal Reserve said it would allow banks to resume buying back their own shares. As long as they follow certain rules and perform well on their stress tests, banks will be able to commence share repurchases in the first quarter of 2021. 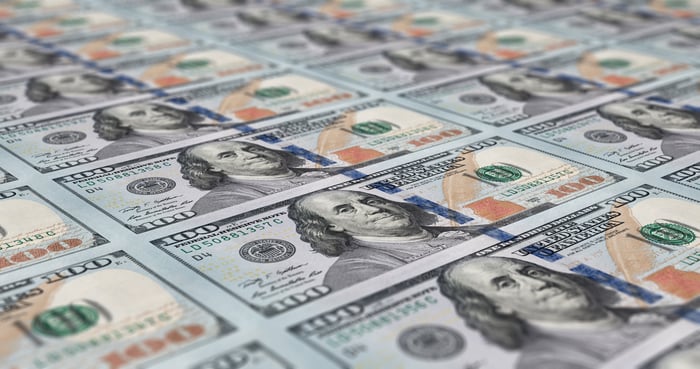 JPMorgan Chase is returning $30 billion to its shareholders via a massive new round of stock buybacks. Image source: Getty Images.

The Federal Reserve conducts stress tests to evaluate how banks would fair under certain economic conditions, such as higher levels of unemployment and escalating loan losses. Its decision to allow buybacks suggests the Fed believes most banks have enough capital reserves to withstand even a severe economic downturn.

Chairman and CEO Jamie Dimon said JPMorgan Chase would continue to prioritize lending to its customers. "Our highest and best use of capital continues to be supporting our clients and driving an inclusive economic recovery," Dimon said in a press release.

Still, Dimon believes the banking leader has enough cash to provide the loans its customers need while also rewarding its investors with dividends and share repurchases. "We will continue to maintain a fortress balance sheet that allows us to safely deploy capital by investing in and growing our businesses, supporting consumers and businesses, paying a sustainable dividend, and returning any remaining excess capital to shareholders," Dimon said.