Pacific Ethanol (NASDAQ:ALTO) stock soared in early trading today, rising as much as 11% before finally retreating as the day wore on. As of 2:45 p.m. EST, the stock is still up 8.2% though, and for good reason.

Pacific Ethanol is a small company with a lot of debt -- $455 million in market capitalization, but owing $185 million to its creditors, according to data from S&P Global Market Intelligence. This morning, though, Pacific Ethanol announced that it's making progress whittling down that debt load.

Repaying $24.9 million to its creditor CoBank, the company says it has now paid back all of its term debt to the bank, and reduced its revolving lines of credit to just $30 million. As a result, Pacific Ethanol says it is now on track to be "net term debt free" by the end of this year, meaning that it will have more cash on hand than it owes as term debt. At that point, the only debt Pacific Ethanol owes will be revolving debt, not tied to any specific date that repayment must be made. 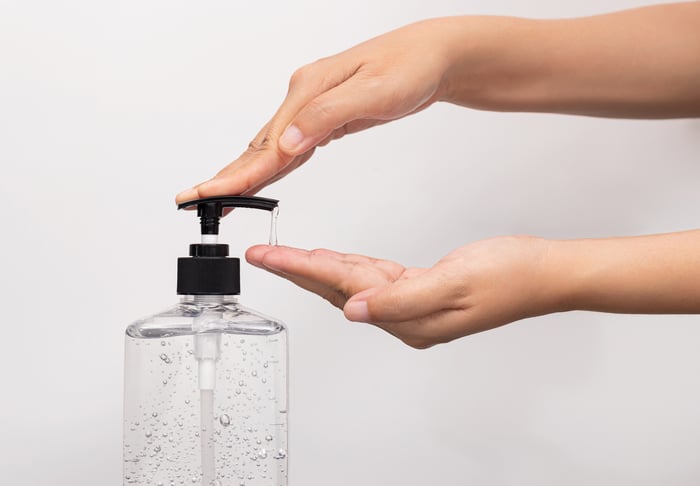 It's not entirely clear whether Pacific Ethanol is saying it will owe nothing but debts on its revolving credit lines to any creditor, however. In fact, it seems highly unlikely that a single $25 million repayment would accomplish that when total debt is currently $185 million. Still, the company is moving in the right direction.

Free cash flow positive, with debt levels dropping, and a pandemic still raging, this maker of ethanol for disinfectants and hand sanitizers is doing well by doing good, and evolving into an increasingly attractive investment even as it helps to fight the pandemic.