Solar energy stocks have had an outstanding run in 2020, which may come as a surprise to investors, given the pandemic and all of the disruptions that have come with it. Enphase Energy (NASDAQ:ENPH), SolarEdge Technologies (NASDAQ:SEDG), SunPower (NASDAQ:SPWR), and Sunrun (NASDAQ:RUN) have led the charge and have all more than doubled, while JinkoSolar Holding (NYSE:JKS), Canadian Solar (NASDAQ:CSIQ), and First Solar (NASDAQ:FSLR) have all beaten the market.

Solar companies haven't had a tremendous growth year by most measures, but they've outperformed expectations, and investors have a very bullish eye on the future of the industry. As 2020 comes to a close, it's worth looking at how we got here and what 2021 has in store. 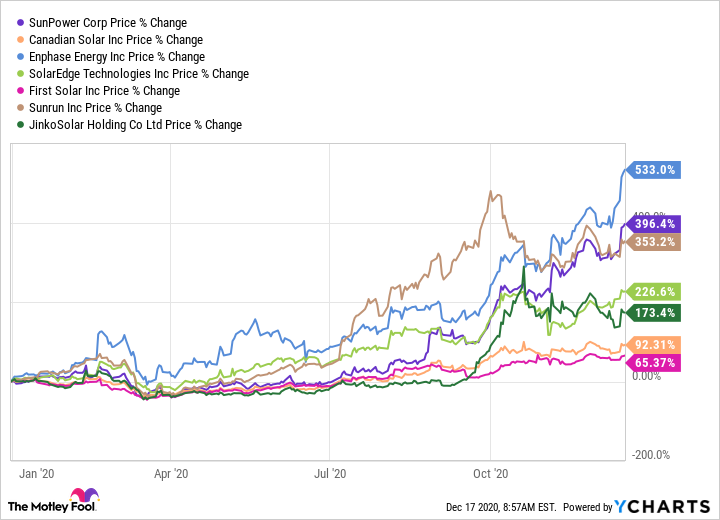 If you can point to one thing that's driven solar stocks higher this year, it's the political winds changing. In summer, when it became likely that President-elect Biden would win the White House, investors speculated that positive policy changes would follow. And a Democrat sweep of Congress could potentially bring a Green New Deal. The sweep hasn't happened (and it's still possible), but Biden's win is already seen as a big victory for the solar industry for the following reasons:

Politics has been an uphill battle for the solar industry over the last four years. After growing at a compoud rate of 64% between 2006 and 2016 to peak at 15.1 GW installed that year. Since then, the U.S. solar industry has contracted, installing 11.0 GW in 2017, 10.7 GW in 2018, and 13.4 GW in 2019. But the headwinds that caused that decline in installations could become tailwinds over the next four. And that hope is helping solar energy stocks right now. 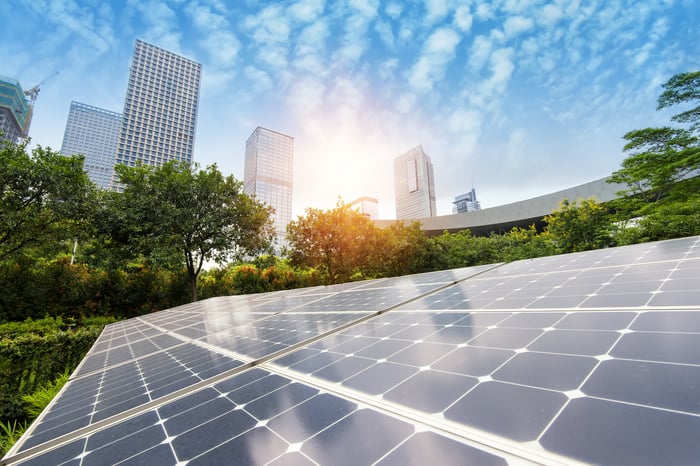 The elephant in the room for solar energy is always interest rates. The vast majority of the cost associated with a solar power plant is incurred before the plant is operational and generating revenue over the decades. Projects are valued based on their projected cash flows, which means that low-interest rates make a project more valuable, and high-interest rates lower the asset's value. Put another way, the lower interest rates are, the lower developers can bid for solar electricity into competitive markets.

Everywhere you look, interest rates are down in 2020, and that should help companies across the solar industry. But looking ahead, there aren't many places for rates to go but up, so this tailwind could become a headwind in coming years. 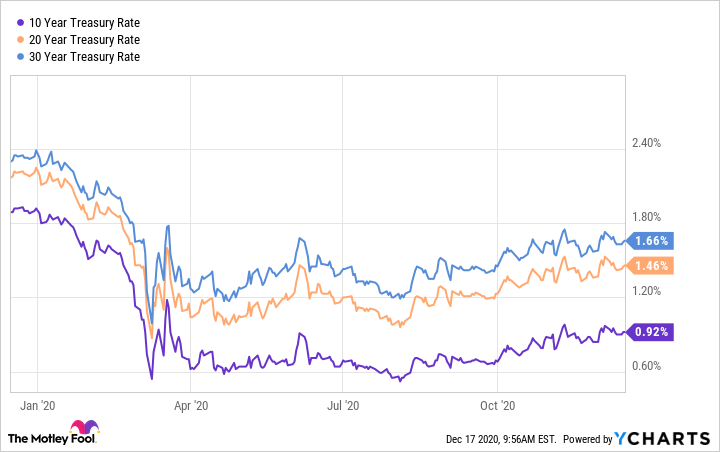 Solar energy is winning on cost

The cost of solar energy has fallen dramatically in the last decade, and now projects are bid into the market at under $0.02 per kilowatt-hour on a regular basis. Costs vary by location and local costs, but it's clear today that solar energy is lower in cost than any new fossil fuel plant, and that's driving adoption rates around the world.

What's exciting about this long term is that solar energy is just the start. Adding batteries to solar power plants big and small is becoming more cost-effective, and companies like SunPower, Sunrun, Enphase, and SolarEdge are building products that will make solar and energy storage cost-effective for consumers and businesses. That's a truly disruptive development and opens up a trillion-dollar energy market for the industry.

Solar stocks look expensive by most traditional metrics, like price to earnings or price to sales. But keep in mind that the industry is entering a multitrillion-dollar energy market and has incredible potential for growth. The stocks I mentioned are leading the industry, and as a result they may have a lot more growth ahead.