The European Union is opting to buy 100 million additional doses of Pfizer (NYSE:PFE) and BioNTech's (NASDAQ:BNTX) BNT162b2 vaccine, the two companies announced in a joint press release. This adds to the original 200 million dose order from the EU, a political and economic bloc of 27 countries on that continent.

"In partnership with the European Commission, member states, and healthcare providers, we will be able to reach a total of 150 million Europeans across the continent," the companies wrote in their press release. 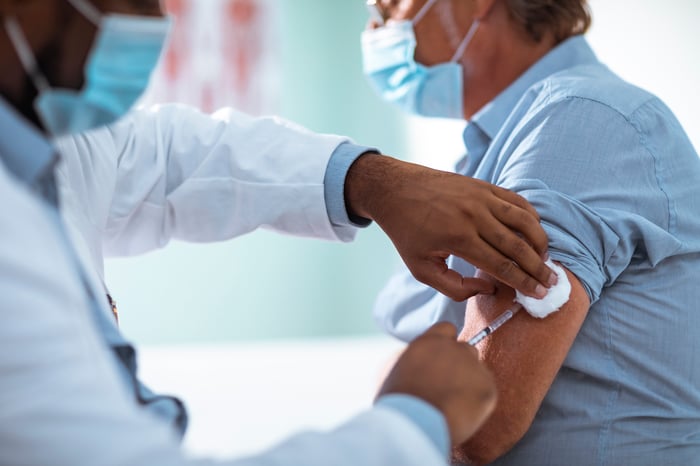 Pfizer and BioNTech said this new batch will be delivered next year. The two companies maintain that they have the potential to deliver up to 1.3 billion doses around the world by the end of 2021. They include the disclaimer that this is "subject to manufacturing capacity." Still, the global need for the vaccine and Pfizer's considerable presence and reach on the market should make that goal achievable.

The EU launched a large-scale inoculation push at the start of this week. The European Medicines Agency granted conditional marketing authorization for the vaccine, which is known as Comirnaty in the EU, on Dec. 21. BNT162b2 has received the equivalent authorization from the Food and Drug Administration in the U.S., where vaccinations have also begun.

The shares of both Pfizer and BioNTech rose on Tuesday following the announcement, although not substantially. Pfizer advanced by 0.6%, beating the nearly 0.2% rise of the S&P 500 index. BioNTech basically matched the index's performance.