It was quite a year for visual search and media company Pinterest (NYSE:PINS). With just days left in 2020, shares are up 270% on the year. The company had much to overcome and prospects looked dim during the economic lockdown last spring. But fortunes changed quickly, and Pinterest is poised to capitalize on the new digital era that's emerging.

This stock deserves to remain on growth investors' buy lists for 2021.

Pinterest, like other social media and internet search platforms, makes its money selling advertising. At the onset of the COVID-19 pandemic, ad activity froze and the outlook turned grim as recessions tend to hit the advertising and marketing industry particularly hard. But things turned around quickly for Pinterest. After a brief headwind, revenue surged as businesses started rapidly migrating their promotional activity to an online format amid social distancing and remote work.

Ad revenue is a function of two primary catalysts for Pinterest: average users and average revenue per user (ARPU). On the first front, Pinterest has been growing its monthly average user count at a fast pace -- especially outside of the U.S. At the start of 2020, the company had 335 million users (247 million of them international). The figure had swelled to 442 million as of the end of September 2020 -- 343 million of them international users of the platform. The more users on a site, the more lucrative it is to advertisers trying to reach an audience. With momentum on its side and the internet only increasing in importance for consumers, I like the company's chances of continuing to add more people to its platform.

The second factor is average revenue per user. The company has been investing in new advertising tools, and as e-commerce is playing a larger role in daily shopping than ever before, Pinterest as a creative platform and idea generator has been a winning strategy for businesses this past year. As a result of more ad activity, Pinterest has been able to generate higher revenue from each user. After a 21% year-over-year decline in ARPU during the second quarter of 2020, the metric returned to growth in the third quarter with a 15% year-over-year gain. With online shopping not going away anytime soon, Pinterest's ARPU should continue to rise in 2021 -- especially when it laps the 2020 ARPU declines in the spring. If average user count and ARPU rise in tandem, 2021 could be another big year for Pinterest's stock. 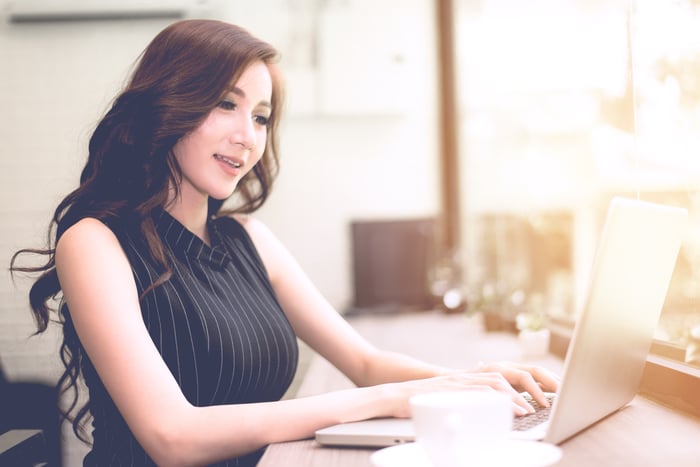 It's expensive now, but it has big potential down the road

After the epic run-up this year, Pinterest currently has a market cap of $42 billion. That's nearly 29 times trailing-12-month sales, all for a company that has generated negative $90 million in free cash flow (revenue minus cash operating expenses and capital expenditures) this year. It's worth noting that Pinterest operates in the red on purpose as it seeks to maximize revenue growth right now. Nevertheless, the high premium to purchase shares of the company right now indicates investors think Pinterest will maintain its recent momentum for at least a few years.

This makes Pinterest's stock prices volatile, and that is unlikely to change in 2021. If the company loses some steam on user additions or ARPU growth, a pullback in the stock is in order. But volatility works both ways. If Pinterest demonstrates its resurgent growth is more than a one-off event, there could be more upside ahead. However, given the steep premium placed on the stock right now, I wouldn't buy unless you plan on holding for the long term (no less than a few years).

I for one like Pinterest's chances. A $42 billion company is still small potatoes when its closest peers garner valuations well into the hundreds of billions of dollars. Digital advertising remains a growth industry to boot, so paired with some internet use disruption, I see plenty of ways Pinterest can continue to grow its business. Cash reserves and short-term investments of $1.65 billion and no debt will certainly help its chances on this front.

Put simply, I think Pinterest is still a buy for 2021 -- if investors plan on sticking with the visual search and social media company for the long term.