Shares of biotech Moderna (NASDAQ:MRNA), maker of a COVID-19 vaccine, dropped 31.6% in December, according to data from S&P Global Market Intelligence. 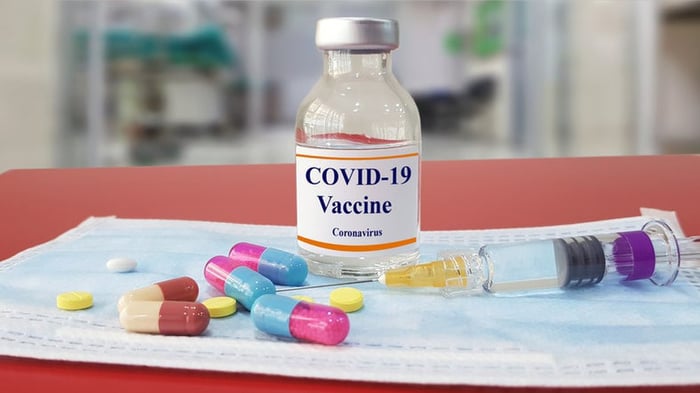 We can attribute Moderna stock's 32% drop last month to profit taking. After all, shares were up a whopping 581% in 2020 through the end of November, so it wasn't surprising that some investors took some money off the table in December. Moderna stock ended the year with a 434% gain.

Shares of Moderna began their long climb early in 2020 when the company announced that it was developing a vaccine to immunize against COVID-19, the disease caused by the novel coronavirus.

As the below chart shows, the stock had a sharp run-up in November. It skyrocketed 126% in that month, driven by a string of great news about mRNA-1273, which was then a messenger RNA-based vaccine candidate. On Nov. 30, Moderna announced the positive final results from its phase 3 study. As I previously wrote, "It found its vaccine candidate to be 94.1% effective in preventing COVID-19, and it uncovered no serious safety concerns. Moreover, the company said that it had submitted a request with the U.S. Food and Drug Administration (FDA) for Emergency Use Authorization (EUA) for mRNA-1273."

Then on Dec. 18 came "the big news": Moderna announced the FDA had authorized the emergency use of mRNA-1273. Shares, which had been moving downward throughout December, fell nearly 3% that day. The reason shares dropped on such terrific news is that this news was widely expected and already priced in during November.

The U.S. distribution of the vaccine began the next day, and administration of the first of the two-dose vaccine started on Dec. 20. 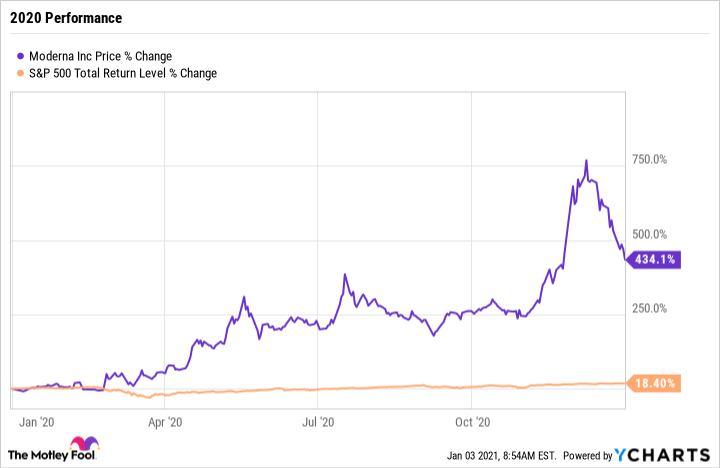 The rollout of Moderna's vaccine to the states was slower than anticipated in December, but that's not its fault. The federal government's Operation Warp Speed is in charge of distribution.