Please ensure Javascript is enabled for purposes of website accessibility
Free Article Join Over 1 Million Premium Members And Get More In-Depth Stock Guidance and Research
By Jennifer Saibil - Jan 4, 2021 at 7:07AM

These three companies outperformed during the pandemic, but continue to offer strong growth prospects.

2020 was a volatile year in so many ways, and most people are glad to leave it behind. For the stock market though, it wasn't all bad. The S&P 500 index gained 16% despite witnessing three-year lows in March.

Investors can learn many lessons about investing from last year. One of them is that safe stocks -- or businesses that are resilient in times of economic upheaval --  are an important component in any equity portfolio. But safe doesn't have to necessarily mean slow growth. Target, Etsy ( ETSY -2.78% ), and PayPal Holdings ( PYPL 0.51% ) are all surefire bets for continued growth in 2021, and the long term. 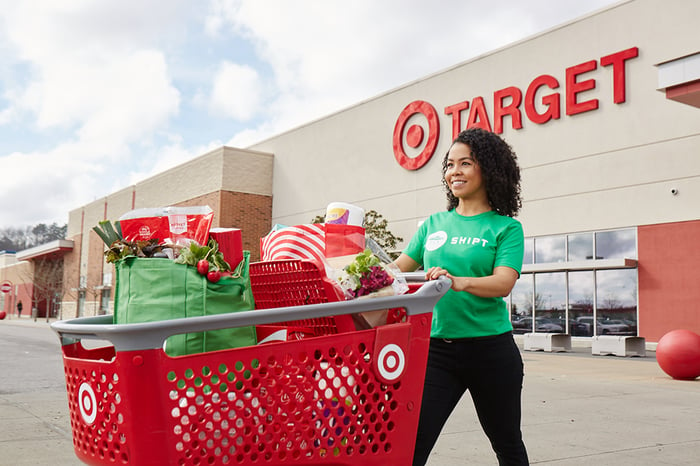 Target was the biggest sales gainer during the pandemic compared to similar essentials providers. Here's a breakdown of comparable sales, on a calendar quarter basis. (While not exactly an apples-to-apples comparison due to different quarter ending dates, this should provide us useful insights on each retailer's performance during different periods of the year.)

Data sources: Target, Walmart, and Costco.  *Excludes gasoline sales for Walmart and Costco. **Costco reports a 16-week quarter for Aug. 30 while its other two quarters are on a 12-week basis.

Target attributes a solid part of its comparable sales growth to its digital sales channels. For perspective, while digitally originated sales contributed to only 15.7% of total sales volume for the quarter ended Oct. 31, that translated into 10.9 percentage points, or more than half the retailer's total comparable sales growth of 20.7%. In absolute terms, digital sales grew 155% in the third quarter, fueled by same-day options, which surged 217%. Target invested in its omnichannel program over several years and was prepared for this moment. It acquired same-day services company Shipt in 2017, and offers almost every iteration of shopping options that a customer could request. The company is planning to expand Shipt's product line in 2021 and introduce updated features in all of the same-day services, to deepen its vision for Target's store-as-a-hub model. This model, which uses local stores instead of distribution centers to manage more than half of orders, results in improved customer satisfaction due to faster delivery as well as cheaper costs for the company.

Target also owns 45 popular brands that provide contemporary fashion at affordable pricing, like All in Motion, that launched in 2019 to participate in the athleisure trend.In addition, the retailer is beefing up its beauty category -- one of its fastest growing -- by announcing a partnership with Ulta Beauty to feature 100 Ulta shop-in-shops in 2021, with the possibility of adding 100 more.

The retailer has also successfully played around with store size concepts, opening smaller stores in denser areas with a curated product line for customers to get a Target experience in areas where full-size stores don't work. Target opened 29 small-format stores in 2020 and is looking to get to 40 annually.

Target is right where retail is heading, and the company should see steady gains over the next few years. 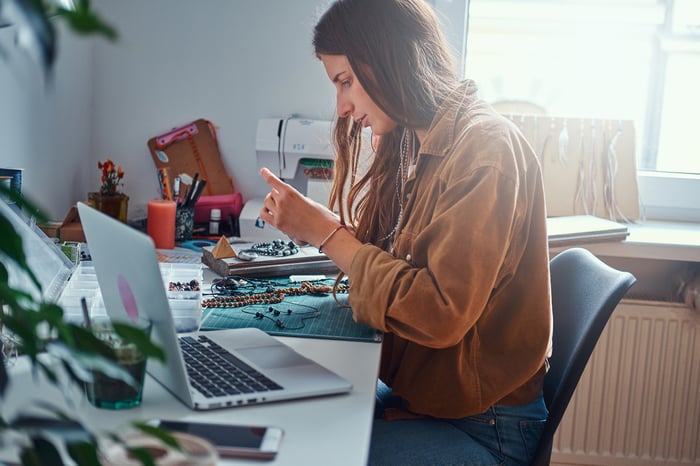 An e-commerce disruptor with a twist

Etsy has a unique product line that has reached the mainstream and is gaining in popularity. The company sells handmade, or one-of-a-kind, items through its marketplace of thousands of sellers.

The company has been aggressively improving its user-friendliness over the past few years as well as getting its name out as a real shopping alternative. It was positioned to perform well during the pandemic and pulled it off, with sales soaring 128% in the third quarter ended Sept. 30. Gross merchandise volume grew 120%, and net income increased 520%.

Now the questions are how far can Etsy go, and is its stock overvalued? Over the past three years, its shares have gained more than 770%. However, growth needs to be seen from the perspective of the total market opportunity. Etsy took in less than $500 million in the third quarter, a tiny fraction of the $100 billion total addressable market. Its higher growth during the pandemic may slow down as the economy recovers, but the shift to digital is here to stay, and the company has won itself new customers over the past nine months. Considering how much Etsy can still increase sales, I wouldn't worry about the valuation. 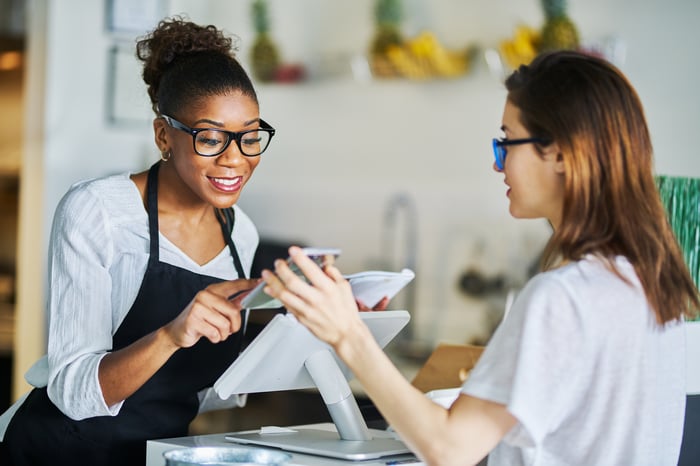 Powering shopping during the pandemic and beyond

Many companies had to do a backflip toward growth as the pandemic wreaked havoc around the world and crashed markets back in March. But a select few flexed their muscles at that time as they racked up sales despite the failing economy. PayPal is the leader in digital payments, and its high-tech shopping options meant that the show went on for companies around the globe when governments shut down physical stores.

The financial technology company processed a record 36% increase in total payment volume, and revenue grew 25% in the third quarter ended Sept. 30, and it's expecting similar numbers in the fourth quarter. And it's continuing to launch new options and products, such as buy now, pay later installments and a Venmo credit card that combines physical and digital wallets.

PayPal is accepted as an easy mode of payment at millions of online stores, but there's still space to grow. Digital shopping is still a fraction of the total, but that's changing, and PayPal gets a little bit of the  millions of dollars being spent. It has also acquired several companies, like Venmo and Honey, that expand its reach. Investors should expect to see more great things from PayPal in 2021 and beyond.

Who's the Top Dog in the Resale Market?

How Depop Is Adding Value for Etsy

This E-Commerce Business Is a Cash Flow Machine

Etsy Is Gearing Up for the Holidays