A lot of regulatory turmoil faces Ma-affiliated companies after he criticized the government.

Alibaba ( BABA -3.10% ) co-founder and CEO Jack Ma isn't missing after all. It looks like he's just staying out of the limelight and keeping a low profile.

Speculation arose about his whereabouts after he hadn't been seen or heard from in months and hadn't attended functions of organizations that he created, but a CNBC report now says that he hasn't been "disappeared." Rather, he's  just not trying to bring any more attention to himself at the moment. 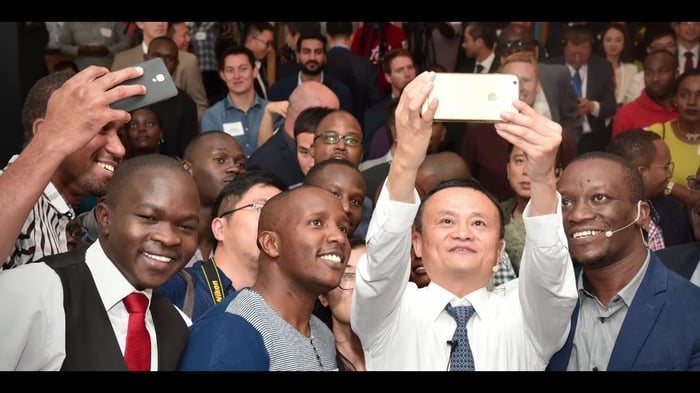 Criticizing Chinese leadership is not without risk. My colleague Danny Vena noted yesterday that Chinese property developer Ren Zhiqiang suddenly went missing last March after referring to President Xi Jinping as a "clown." He was subsequently convicted of corruption and sentenced to 18 years in prison.

Ma, who is a Communist Party member, gave a speech in October that severely criticized Chinese financial regulators for stifling innovation. Shortly thereafter, Ant Group, Ma's financial arm, had a blockbuster IPO scrapped by regulators and that Ma, along with other Ant executives, was ordered to appear before the regulators.

Ma's sudden absence from public life following this series of governmental setbacks caused consternation, with many fearing that it could not be coincidental. However, CNBC's David Faber says, "He's not missing...he's very likely in Hangzhou, where Alibaba is headquartered, and is being less-visible, purposefully...but that doesn't mean that he's missing."

Perhaps feeling he brought on a lot of chaos to the companies he created, Ma is abiding by the age-old advice that if you can't say something nice about someone, don't say anything at all. Or appear in public.

Shares of Alibaba were up 5% in afternoon trading today following the report.