The dubious distinction is one that was held by HBO's iconic series for seven years.

Walt Disney ( DIS -1.51% ) has officially been crowned king by internet pirates everywhere. The Disney+ smash hit streaming series The Mandalorian became the world's most pirated show in 2020, according to data compiled by TorrentFreak. The mantle was previously worn by AT&T's ( T 1.34% ) perennial HBO favorite Game of Thrones, which held the title for seven years running.

The two shows overlapped only during 2019, which marked the end of an era with the conclusion of Game of Thrones. The program kept the crown during its final year, while the new kid on the block, The Mandalorian, came in at No. 3. 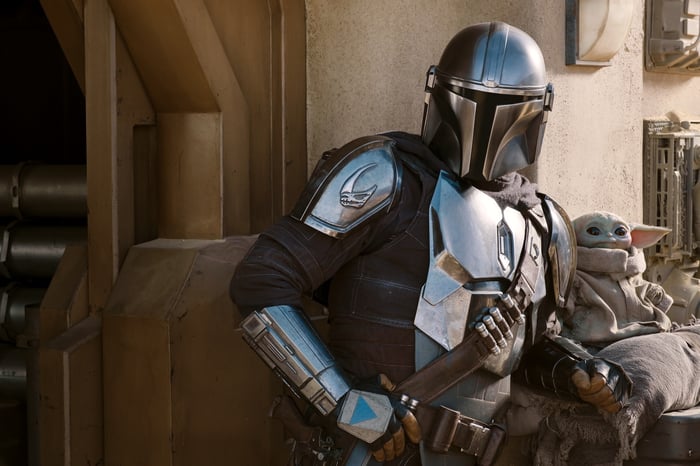 Having the most pirated show in the world obviously isn't the best outcome from a Disney investor perspective, as each pirated stream is one that isn't a paying Disney+ subscriber. It does, however, highlight the popularity of The Mandalorian, the latest addition to the Star Wars universe, which has helped Disney far exceed its subscriber goals -- and well ahead of schedule.

The company's original goal was to hit between 60 million and 90 million subscribers by 2024. By Dec. 2, just one year after its debut, Disney+ had amassed 87 million paid subscribers worldwide, due in part to the pandemic, but also the popularity of its lineup. The company has since ramped up its projections and now expects its subscriber tally to soar to between 230 million and 260 million by 2024.