Please ensure Javascript is enabled for purposes of website accessibility
Free Article Join Over 1 Million Premium Members And Get More In-Depth Stock Guidance and Research
By Reuben Gregg Brewer - Jan 5, 2021 at 8:50AM

Shareholders went on a roller coaster ride in 2020, but by the end it was a pretty phenomenal year.

Shares of Albemarle ( ALB -3.79% ) rose a dramatic 102% in 2020, according to data from S&P Global Market Intelligence. That easily trounced the roughly 16% gain in the S&P 500 Index, using the SPDR S&P 500 ETF as a proxy. That said, it wasn't a smooth ride higher, which means there's a backstory that needs to be looked at.

As 2020 began, Albemarle's stock rose pretty sharply. And then the coronavirus pandemic hit, leading the shares to drop along with the broader market. The stock then proceeded to recover, crawling back to its pre-pandemic highs. Then, around the time of the U.S. presidential election, Albemarle's shares took off, rocketing higher to close out the year with a massive gain. These ups and downs are important because they speak to the investor sentiment around a stock that has a story. 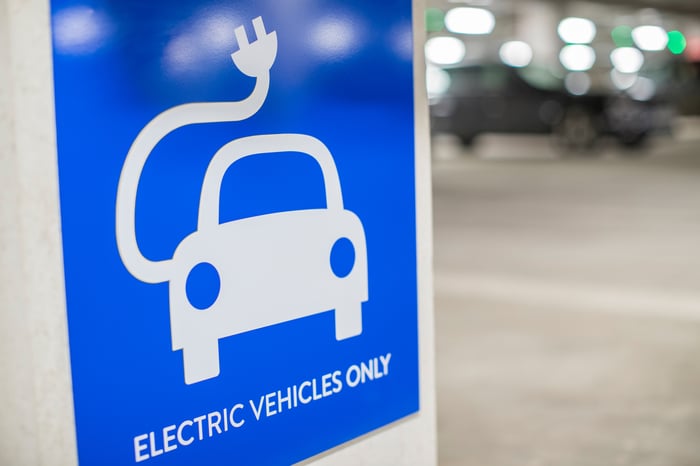 That story is lithium, or more precisely, the expected future demand for this key battery material. Electric cars are likely to be the force behind demand growth even though there appears to be a glut of the metal at the moment that's kept Albemarle's realized prices relatively weak.

The end-of-year rally was basically driven by the "green" focus of the incoming administration, which suggests that electric vehicle adoption will see further government support. That would boost the long-term prospects of Albemarle's lithium business. Investors reacted accordingly, even though the company's results in its lithium segment remain relatively weak. To put a number on that, sales fell 20% year over year in the third quarter largely because of pricing.

To be fair, Albemarle isn't a one-trick pony. It is building its lithium business off of its relatively slow and boring businesses in catalysts and bromine. So there's more to understand about the company before jumping aboard.

However, investors today really key in on the lithium story. The stock tends to rise and fall based on the perception of the outlook for just that piece of the company's business, which makes up around 35% of sales. Right now the expectation is that lithium has a bright future, but after doubling in 2020, a lot of good news appears to be priced into the stock given the relatively weak numbers the division is actually putting up right now.