OPKO Health (NASDAQ:OPK) was one of the many diagnostic testing companies that saw volumes increase dramatically in 2020, with revenue up 49% through the first nine months of 2020. Below are three things to expect from the company in 2021. 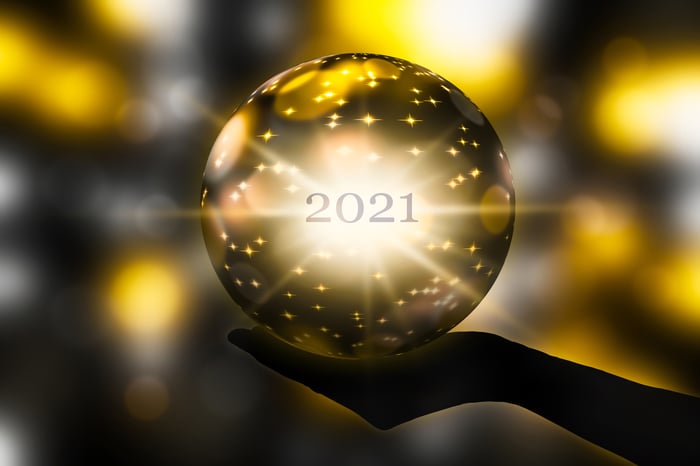 Despite talk of flattening the curve in the early months of the pandemic, cases have continued to spread and testing has followed. With reported coronavirus cases in the U.S. recently averaging over 200,000 every day, expect test volumes and revenue to continue climbing until vaccines are broadly distributed.

2. Leaving the past behind

When OPKO purchased BioReference Labs for $1.47 billion in 2015, the former had only $91 million in annual revenue compared to $832 million for the company it bought. More than five years later, the services revenue (another name for testing) over the past 12 months remains near 90% of total sales, and neither business has shown much growth. Trailing-12-month revenue for the services and products units (products are the pharmaceuticals) were $982 million and $121 million, respectively. OPKO might sell its pharmaceutical assets and complete the transformation into solely a diagnostics business.

OPKO's $2.8 billion market cap is nearly three times what it was in March, and selling the company now would maximize value to shareholders. CEO Phillip Frost is one of the wealthiest people in the world at 84 years old. After 13 years as Chairman and CEO of OPKO, it's possible that Frost could take advantage of the timing and exit the business through a sale to begin his retirement this year.