Investors in the cannabis sector are feeling pretty good today.

Shares of stocks in the cannabis sector are soaring today as news filters in from the Senate runoff elections in Georgia. As of noon EST, Tilray ( TLRY ), Canopy Growth ( CGC -3.91% ), HEXO ( HEXO -7.61% ), and Aphria ( APHA ) are all up double-digits.

These Canadian pot growers are all watching the U.S. state of Georgia today. If Democrats gain control of the Senate, which looks likely as of this writing, pot stock investors will have in sight the most realistic path to federal legalization yet. 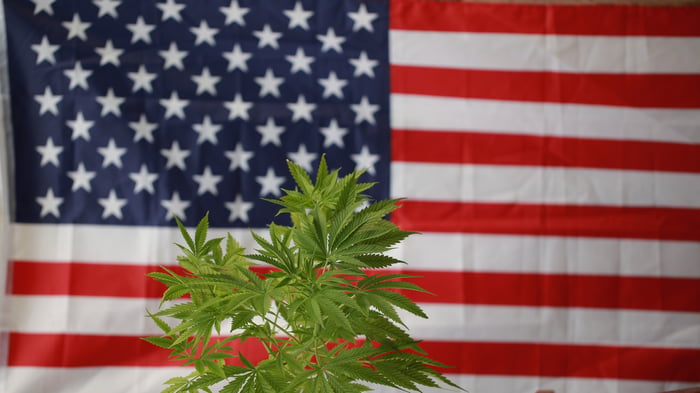 Current Senate Majority Leader Mitch McConnell has been vocally opposed to legalization. Should a Democrat replace him, legalization advocates may have a new avenue toward their goal.

Canadian pot growers need federal legalization to be able to enter the U.S. market. The House of Representatives passed the Marijuana Opportunity, Reinvestment and Expungement (MORE) Act last month, the first-ever vote in Congress for such legislation. But as leader of the Senate, McConnell has the power to keep it from even getting a vote there.

Investors in the Canadian cannabis stocks are counting on the eventual legislation change. And so are the companies themselves. Aphria and Tilray last month announced a plan to merge. The combined company would be one of the largest global cannabis companies. Aphria already had a strategy for the combination to make inroads in the U.S. It acquired U.S. craft brewer SweetWater Brewing Company in November 2020 for about $300 million.

SweetWater is currently available in 27 states plus Washington, D.C., and Aphria said the plan was to have "a platform and infrastructure within the U.S. to enable it to access the U.S. market more quickly in the event of federal legalization."

Aphria isn't the only company with that strategy. Beverage company Constellation Brands ( STZ -0.03% ) for example, added to its initial $4 billion investment in Canopy Growth with another almost $200 million invested through warrants last year. That partnership also ties a Canadian grower with a distribution framework in the U.S.

HEXO has also indicated it has global ambitions, along with seeking leading market share in Canada. All of these cannabis stocks have been speculative investments relying on an outcome outside the direct control of management. If the U.S. Senate flips to Democratic control, they will be one step closer to that outcome. The jump in shares of these companies is reflecting that today.