Oceaneering International has won several significant contracts since the start of the fourth quarter totaling more than $250 million in value. The arrangements are from several major customers and range in term from three to five years. About 55% are renewals of existing contracts while the other 45% is new business. 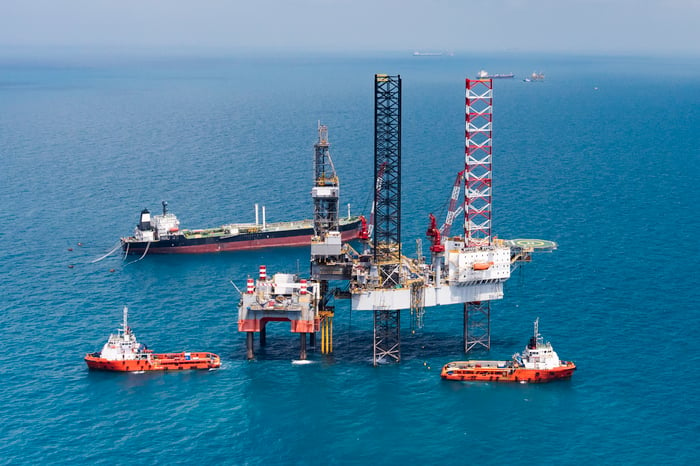 The company noted that the "scopes of work for these contracts include software, data services, monitoring and diagnostic services, integrity management, remote integrity engineering, and remote and onsite inspection services for both brownfield and greenfield projects onshore and offshore." The awards are in Qatar, Angola, Azerbaijan, the U.S., and Australia. They cover vessels, LNG plants, LNG storage facilities, terminals, and production facilities.

These agreements will provide Oceaneering International with some steady work over the next several years. While they aren't needle-moving considering that the company generated $427 million of revenue in the third quarter, they suggest that current and new customers value the company's portfolio of service and product offerings. If it can continue to secure more work, it will help lift the weight of uncertainty that has cut the stock by more than a third over the past year as the oil market downturn has impacted its operations, financial results, and outlook.