Chinese tech-giant Baidu (NASDAQ:BIDU) will form a dedicated electric-vehicle (EV) company and has secured a partner to manufacture such cars. That's according to an article published Thursday by Reuters citing "two sources familiar with the matter."

According to those sources, the manufacturer is top Chinese carmaker Geely. Some of that company's current facilities will be modified to produce the Baidu unit's EVs. The tech company will contribute the software that forms the "brains" of the cars, while Geely will pitch in on the engineering side. It's unknown what the financial and operational terms of the Baidu/Geely arrangement might be. 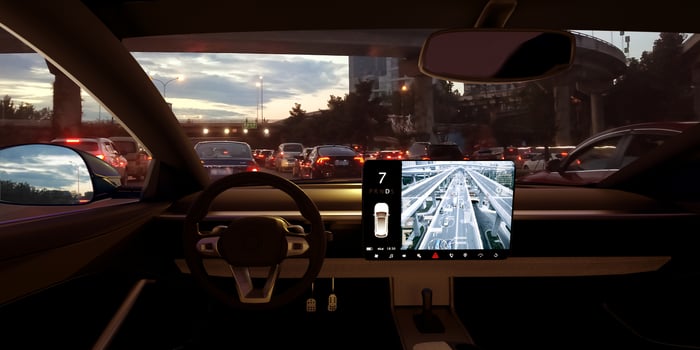 As for the dedicated company, Baidu will hold a majority stake in it and control 100% of its voting power.

Baidu hasn't yet commented on the Reuters article. It comes several weeks after the news agency reported that Baidu was considering a venture in the EV field. At the time, it was reported that the company had held preliminary talks not only with Geely, but also with Guangzhou Automobile Group and Hongqi, on potential manufacturing partnerships.

While Baidu is best known for being a search-engine operator, like its sort-of counterpart in the U.S. Alphabet, it has ventured into cutting-edge automobile technology.

Last year, for instance, Baidu rolled out its robotaxi service Apollo Go in several Chinese cities. While this represents an advancement in advanced driving technology, it's not a fully autonomous solution -- a human driver is present in case their assistance is needed to operate the vehicle.