Don't let violence in Washington derail you on your path to financial freedom.

The news over the past year has been horrifying. The COVID-19 pandemic has afflicted tens of millions of people worldwide and caused hundreds of thousands of deaths. Aftershocks from the 2020 presidential election have continued to cause unrest, culminating in violence at the U.S. Capitol on Wednesday. It's a frightening moment for the country.

And yet in the eyes of many, Wall Street seems to be in its own bubble, insulated from the violent unrest in the nation's capital. Stock markets jumped to all-time record highs on Thursday morning, continuing a wave of bullishness that has persisted through an infuriatingly long coronavirus crisis, months of economic suffering, and increasing divisiveness not just in the U.S., but around the world.

That disconnect between Main Street and the investing world is troubling. If recent events have made you angry, upset, discouraged, frightened, or just ready to throw your hands up and hide -- believe me, I get it. I'm feeling just about all of those emotions as I think about what my country is going through right now. 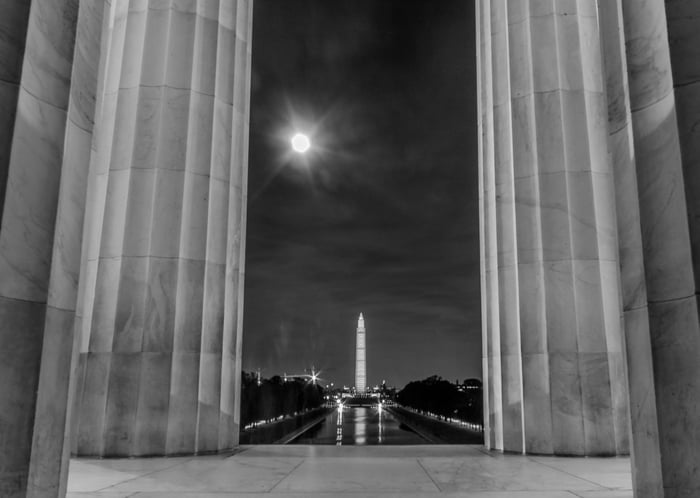 But one of the basic principles that ties Americans together is the idea that we can all aspire toward building a better future for ourselves and our loved ones. Investing is an essential element of finding the financial success necessary to achieve that dream. I think it's more important than ever right now to have and stick to a long-term financial plan that includes investing in stocks. Our common goal toward achieving financial independence is something we can share even when we have disagreements in other areas.

Overcoming history's challenges, one by one

This isn't the first time that Americans have faced difficult times. As my former Motley Fool colleague and best-selling author Morgan Housel wrote last year, we've always found a way to overcome our deepest difficulties. Citing a Depression-era diarist and his experiences of arguably the most economically devastating era in U.S. history, Housel's lesson was simple: We'll get through this.

The U.S. stock market's steady growth over more than a century has been one of the biggest drivers of economic prosperity in the world. It has been the envy of other countries across the globe, many of which have been unable to duplicate its success despite their best efforts.

Over that period, we've gotten through nearly every kind of crisis. The Great Depression created massive unemployment, but the nation found a way to put people to work. World War II threatened the ideals of the U.S. and much of Western Europe, but sacrifice and hard work led to a victory that set the stage for a massive economic boom.

After the assassination of President John F. Kennedy, many feared that the ensuing confusion would lead to an attack from Cold War enemies of the U.S., and stock markets fell sharply on the news. Yet an orderly transition of power took place, and markets kept roaring to all-time highs for several years following the event.

Even large-scale violence on our own soil has proven to be no match for the resiliency of the markets. The 9/11 attacks closed the market for days and left the nation shocked but adamant in its determination to recover. Investors have seen the results in the stock market's monumental gains over the past 20 years.

We'll get through this again

Every single one of those events put our collective resolve to the test. Every single time, we emerged stronger.

That strength showed in the success of the stock market. Even when some sectors of the economy came under stress, others took up the slack and found ways to prosper. Over the years, stock markets continued their inexorable advance.

Moreover, those experiences have shown the true value of high-quality businesses. Those companies that had strong leadership, innovative products and services, loyal customers, and a commitment to doing their best rose to the top. Their stocks did even better than the broader market, and those who were bold enough to invest in their shares enjoyed the benefits. 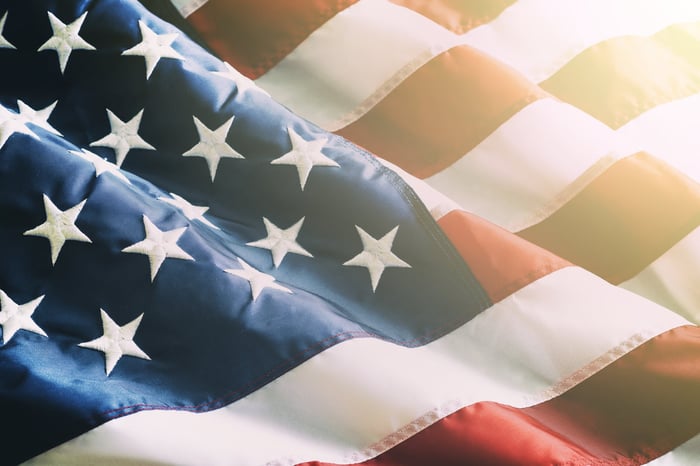 The stock market will continue to rely on our ability to unite toward common goals. One of the reasons why stocks in the U.S. have done so well throughout history is that the world has respected the nation's commitment to political stability. The U.S. system of laws and institutions has been the pride of the world, and it has endured and adapted for more than two centuries. We still have work to do to make sure that system continues to adapt and ensure the benefit of all.