Please ensure Javascript is enabled for purposes of website accessibility
Free Article Join Over 1 Million Premium Members And Get More In-Depth Stock Guidance and Research
By Billy Duberstein - Jan 7, 2021 at 8:00AM

The company signed a consequential deal with the hottest social media app in the world. 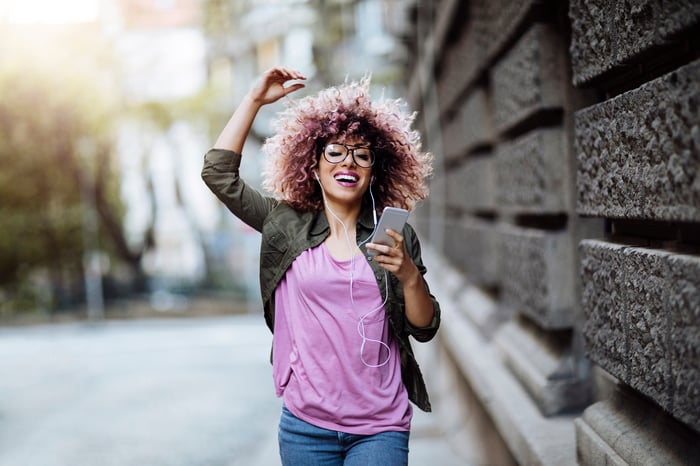 Although lots of people are now streaming music in quarantine, Warner Media Group had a rough go of it in 2020 due to limited new music releases as well as a decline in artist services from in-person performances. As such, it's no surprise that Warner would look for ways to monetize the use of its music in short-form social media videos used on platforms like TikTok, where a great proportion of youths' eyeballs -- or earlobes -- is going.

In an interview, WMG Chief Digital Officer Oana Ruxandra said, "It feels like we've seen years' worth of change and evolution in the course of a handful of months, we want to ensure there's value for our artists across the board, and the goal is to ensure that they make money to live their lives."

Short-form videos have taken the social media world by storm, with leader TikTok counting 800 million monthly active users worldwide, with 85 million in the U.S. Many TikTok content providers use recorded music in their own videos. As TikTok looks to monetize its views, it now appears the music labels will get some of that pie.

Details of the negotiations weren't made public, so we'll have to see how much revenue TikTok can really provide music labels over time. Still, it appears to be a great move for Warner -- though not totally unexpected.