Hotshot cannabis stocks captured the imagination of Robinhood traders and veteran investors alike during the market chaos of 2020. It's easy to see why: Even beaten-down stocks like Aurora Cannabis (NASDAQ:ACB) doubled in the last three months alone.

Cautious investors are right to be skeptical about the marijuana hype. The industry is far from mature, and there aren't too many examples of success. At the same time, some cannabis stocks performed very well last year, and in the U.S., the entire group just saw yet another catalyst for growth. 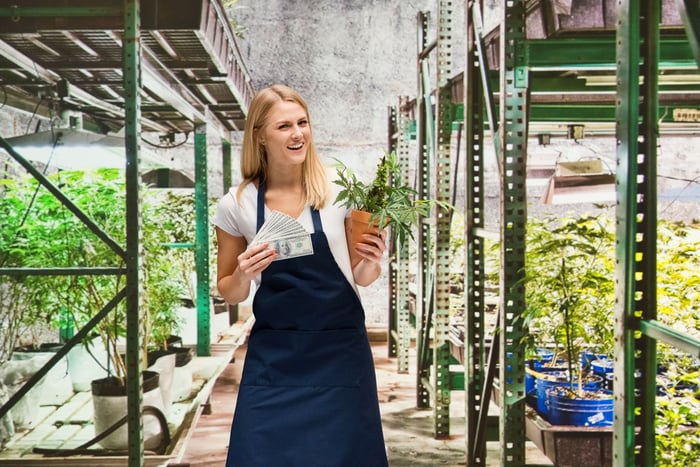 Why you should buy cannabis stocks this year

Marijuana legalization in the U.S. took a few big steps forward in the 2020 elections. Arizona, Montana, New Jersey, and South Dakota all voted to legalize medicinal and/or recreational cannabis use. This means that marijuana in some form is now legal in 47 states, paving the way for consumer demand to blossom.

According to a report by New Frontier Data, the market for legal cannabis in the U.S. will grow to $29.7 billion by 2025. That's a massive increase from its estimated size of $17 billion in 2020 -- and the expansion could be even greater. As cannabis distributors become more common and more efficient, they'll be able to drive down their costs while increasing their convenience for consumers. This will aid the legal cannabis sector in stealing even more market share from the illicit market, which in the U.S. was worth an estimated $64.3 billion in 2018.

Many publicly traded cannabis companies, including Cresco Labs (OTC:CRLBF) and Curaleaf (OTC:CURLF), increased their year-over-year quarterly revenue by triple digits in 2020, and the momentum is not slowing. This year, their stock value is surging already. Likewise, the industry is starting to consolidate, with Aphria (NASDAQ:APHA) and Tilray (NASDAQ:TLRY) moving to merge, a plan that will soon create what could be the largest public marijuana company in the U.S. And, while a majority of the industry's smaller entities are still unprofitable, some are starting to report consistent earnings, suggesting that their financial health is improving.

Why it might be better to wait for a while longer

Many companies haven't made much progress toward profitability despite a few years of effort and ambitious business transformation plans. As such, a few stocks have been particularly bad for investors, including popular ones like Aurora Cannabis, which lost more than half its value last year.

Others, like Hexo (NASDAQ:HEXO), have struggled to meet their stock exchange's listing requirements. Amid an expanding market, shrinking revenue has plagued Sundial Growers (NASDAQ:SNDL). And even the stronger performers like Cresco Labs have seen their balance sheets swell with debt due in the near term.

Waiting for another year would give these companies more time to demonstrate their long-term viability. This could give investors more confidence that their stock choices are sound. But it'd also ensure that they miss what might be an exciting year for cannabis stocks. 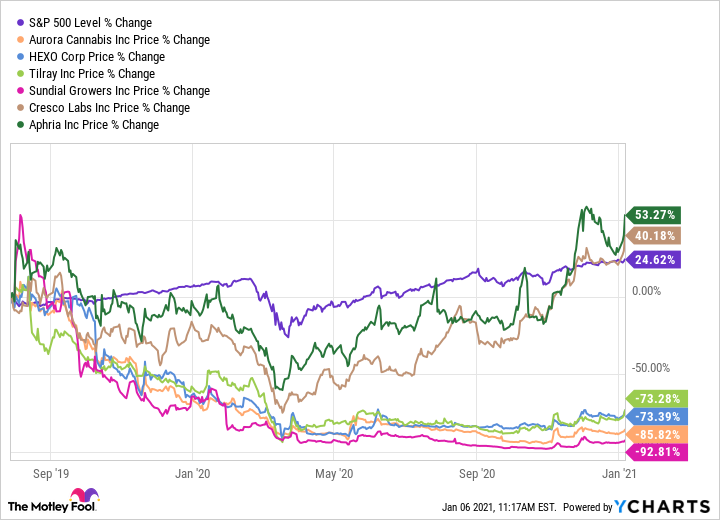 If you didn't invest in cannabis stocks last year, this is the right year to do it. Over the course of 2021, we should see a handful of the companies that I've mentioned today outperform the market as their earnings reports solidify the idea that they are both profitable and growing rapidly. At the same time, the weaker contenders will look worse and worse in comparison, reducing the chance that you might make a mistake.

When you do invest, be sure you choose a stock that spent 2020 on a steep upward trajectory in terms of its revenue growth, earnings growth, and profit margin. At the moment, marijuana stocks are still quite risky, so you owe it to yourself to invest in the hardiest of the crop rather than the turnaround plays.