It's human nature to worry. There's a reason why old adages such as "all good things must come to an end" remain widely used -- we tend to expect something to go wrong.

For income-seeking investors, everything has gone right with AbbVie (NYSE:ABBV) for a long time. The big drugmaker's dividends have steadily increased. But could the good times come to an end in the near future? Just how safe is AbbVie's dividend? 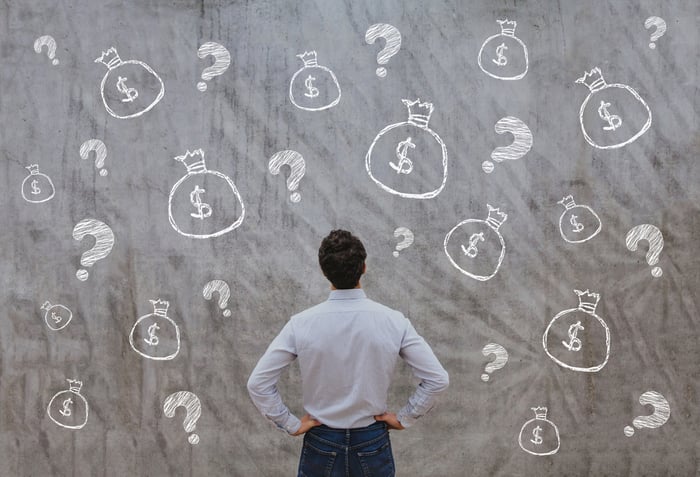 There are usually at least some reasons for concern about any company's dividend. No dividend is completely safe. For AbbVie, the most glaring potential problem is Humira.

To call Humira AbbVie's crown jewel would be an understatement. It's been the world's best-selling drug for several years. During the first three quarters of 2020, Humira generated sales of $14.7 billion. That represented 46% of AbbVie's total revenue.

However, Humira's days at the top are definitely numbered. Beginning in 2023, the blockbuster autoimmune-disease drug will face biosimilar competition in the U.S. It's a foregone conclusion that Humira sales will plunge. After biosimilars to the drug entered the European market in late 2018, international sales for Humira sank more than 30% in the following year.

Then there's AbbVie's dividend payout ratio -- the percentage of earnings paid out as dividends. It's the top metric used by investors to assess the safety of a dividend. Lower payout ratios indicate that a company is in a strong position to continue paying its dividends. But AbbVie's payout ratio is over 99%.

Let's step back and look at the scenario here. AbbVie is currently using nearly all of its earnings to cover its dividend. And it will soon experience a steep sales decline for the drug that generates nearly half of its total revenue. It's understandable why some would be concerned about the future of AbbVie's dividend.

The scenario described above might seem bleak. However, we need to understand the bigger picture for AbbVie.

Humira is by no means AbbVie's only product. Other drugs continue to generate strong revenue growth, notably including blood cancer drugs Imbruvica and Venclexta. This growth will help partially offset the anticipated sales decline for Humira.

Perhaps more importantly, AbbVie has two powerful autoimmune-disease drugs ready to take the baton from Humira. The company projects that Rinvoq and Skyrizi will combine for sales of $15 billion by 2025. These two drugs alone should largely cushion the blow that AbbVie will take from biosimilar competition to Humira.

And while the payout ratio is the most commonly used metric for assessing the safety of a dividend, it isn't necessarily the best metric. Earnings (the denominator in the payout ratio) can include non-recurring items that don't really reflect the financial strength of a company. The best method of evaluating the ability of a company to keep paying its dividend is to look at its cash flow.

In the first nine months of 2020, AbbVie generated operating cash flow of $12.7 billion. It paid out $5.6 billion in dividends during the same period. Clearly, AbbVie continues to generate more-than-enough cash flow to keep funding its dividend program.

Just as people mark themselves as safe on social media during catastrophic events, I think we can mark AbbVie's dividend as safe, despite the coming challenges for Humira. In fact, I recently referred to AbbVie as a "money machine" because of its dividend.

As already discussed, AbbVie is in a much stronger position to maintain its dividend, at least at current levels, than a cursory glance at its payout ratio and Humira prospects reflect. Another important factor, though, is that AbbVie has ample motivation to grow its dividend.

The company belongs to the group of stocks known as Dividend Aristocrats. These are S&P 500 members that have increased their dividends for at least 25 consecutive years. AbbVie's track record of 49 years in a row of dividend hikes goes way beyond the minimum threshold to be a Dividend Aristocrat. Any company that achieves this elite status doesn't want to lose it.

My view is that AbbVie will keep the dividends flowing and growing for a long time to come. This is an example of a good thing that probably won't come to an end anytime soon.