News reports suggest that Apple's (NASDAQ:AAPL) iPhone 12 family of devices sold far better than expected in China during the fourth quarter, providing further evidence that the long-predicted "super cycle" may have arrived. A story from DigiTimes (courtesy of MacRumors) reports that Apple sold north of 18 million iPhones during Q4, a "staggering" number which would suggest that Apple took more than 20% market share to close out the year.

To put that in perspective, prior to the report, Chinese rivals including Huawei, Xiaomi, Oppo, and Vivo accounted for more than 90% of the devices sold in the country, leaving a high-single digit percentage available for Apple and every other provider in the country, making the iPhone makers achievement all the more remarkable. 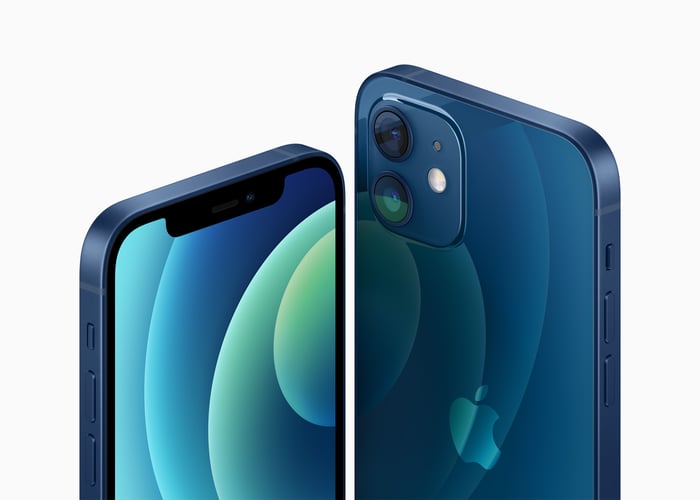 "The staggering fourth-quarter ‌iPhone 12‌ shipments helped push Apple's share in China's handset segment to over 20% in fourth-quarter 2020," read the report, "and reduced the combined share of Chinese brands to about 78%, said the sources, citing market data." The report went on to suggest that an increasing shortage of semiconductors for handsets might keep future supply from keeping up with demand.

Greater China is one of Apple's most important markets and accounted for nearly 17% of total sales in fiscal 2019, falling to roughly 15% in 2020. The iPhone is typically released in September, but was delayed last year by the pandemic, which might, in part, account for the decline.

A combination of pent up demand and a host of 5G models are likely driving the iPhone's robust sales. The report suggests that the momentum is expected to continue through China's Lunar New Year holiday on Feb. 12, which would give Apple another quarter of "staggering" sales similar to Q4.