The e-commerce company is becoming a digital advertising powerhouse.

Amazon ( AMZN 3.08% ) stands the most to gain in the digital advertising market over the next couple of years, taking share from the incumbents Google, a division of Alphabet ( GOOGL 2.83% ) ( GOOG 2.75% ) and Facebook ( FB 1.93% ). That assessment comes courtesy of a new ad buyer survey released by Cowen.

This conclusion is based on responses from 52 senior U.S. ad buyers, who were surveyed in December. Cowen analysts estimate that Amazon's ad revenue will climb to $85.2 billion by 2026, representing 13% of global digital ad spending (excluding China). To put that into perspective, that's more than three times Tesla's ( TSLA 3.47% ) trailing-12-month revenue of $28.18 billion. 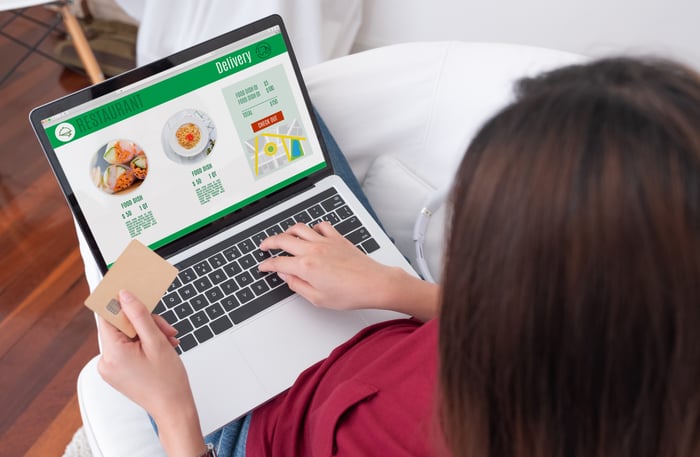 In the third quarter, Amazon's other revenue, which is comprised primarily of advertising, grew 51% year over year, as marketer's sought to capitalize on the captive audience shopping on the company's e-commerce platform. This outpaced Amazon's total revenue gains of 37%, which climbed to a record $96 billion for the quarter.

Amazon was able to gain ground on the competition during the pandemic, as demand for targeted ads on its platform climbed. At the same time, Google's digital ad revenue has fallen, marking the first such annual decline in 12 years. Facebook's ad revenue has edged slightly higher.

Recent privacy changes by Apple ( AAPL 3.48% ) will result in a headwind for Google and Facebook. "[Amazon] seems relatively well positioned compared to peers, helped by high conversion from within the Amazon storefront, lessening reliance on other sites / apps for attribution."

In recent years, Amazon has become a force in digital advertising. It raised eyebrows in late 2018 when Amazon's ad revenue notched year-over-year revenue gains in the triple-digits and topped $10 billion in ad revenue for the year. That has vaulted Amazon up the list, making the company the No. 3 digital ad platform in the U.S.