The party-supply company's fourth quarter took a hit due to the COVID-19 pandemic.

Shares of Party City ( PRTY 8.98% ) have crashed today, down by 13% as of 12:10 p.m. EST, after the company reported preliminary fourth-quarter results. The figures came in significantly below expectations.

Revenue in the fourth quarter is estimated to be in the range of $645 million to $650 million, compared to the outlook issued in early November that called for sales of $675 million to $695 million. Analysts had been modeling for $687.1 million in revenue.

Brand comparable sales are forecast to decline in the mid-single-digit range, which is worse than Party City's guidance of "flat to down a low single digit percentage." Adjusted earnings before interest, taxes, depreciation, and amortization (EBITDA) is expected to be $75 million to $80 million, down from the previous forecast of $80 million to $90 million. The company attributed the shortfall to ongoing impacts from the pandemic. 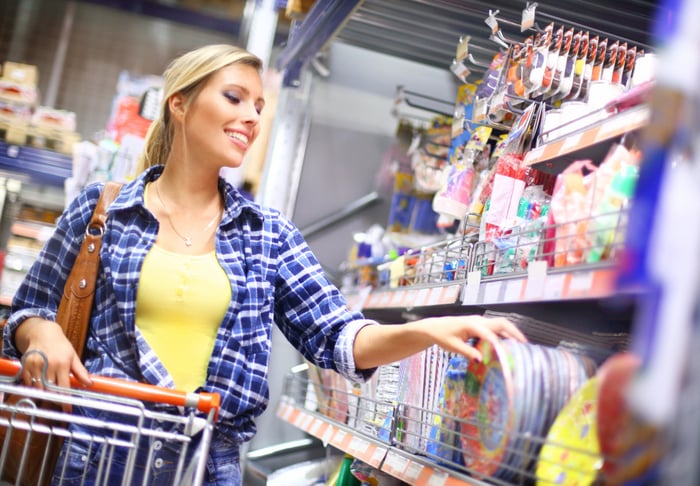 "We are pleased with the progress we continued to make in the fourth quarter against our strategic initiatives to reinforce our position of authority when it comes to celebrations," CEO Brad Weston said in a statement. "However, the rapid surge in COVID-19 cases had a greater than expected impact on customer behavior in the months of November and December."

The consumer discretionary company is optimistic heading into 2021 that things can slowly return to normal as vaccine distribution ramps up. Party City expects to close on a previously announced sale of most of its international operations by the end of the month, a transaction that's valued at $59 million.

Party City provided the update ahead of participating in the ICR Conference this morning.

Why Party City Stock Had a Party Today